Tricks of light and imagination: The Llama ... and why you'll never get to see it in real life 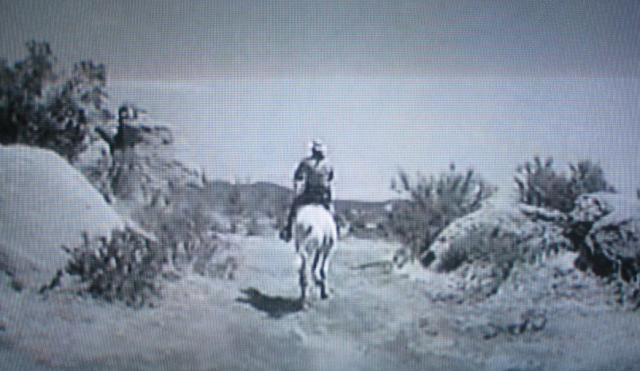 Here's a photo that never fails to amuse me. It's a grainy, low-res screen shot from the "Lone Ranger

" movie (shot in 1949 for the TV series, edited into a feature film in 1952). Now, you may not see the same thing I see, but I can't help but see a nearly perfect side view of a llama's head and neck. It's just to the left of the rider, hovering above the smooth white rock at the far left. 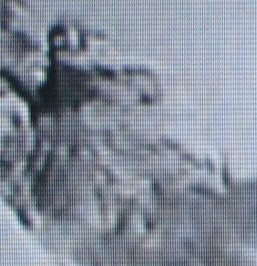 Here's a detail shot of the Llama. 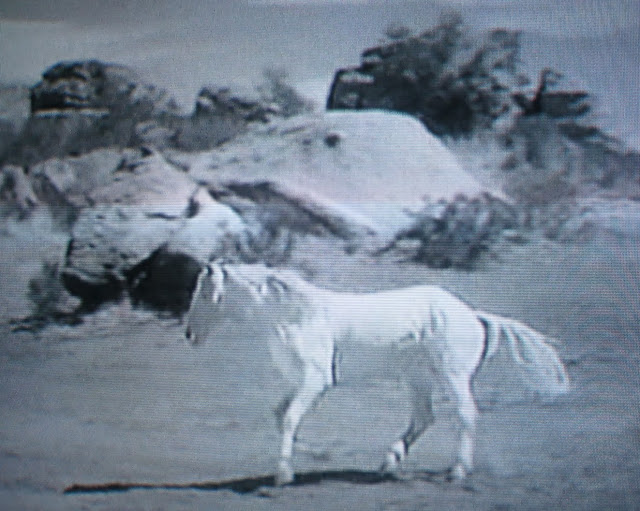 Silver, the Lone Ranger's horse, rehabbing in Silverland in the movie "The Lone Ranger," filmed in 1949.
Directly above the horse is Silver Rock, also known as the Manta Ray.

That smooth white rock, by the way, is a feature I called the Manta Ray early in my research, and later came to call Silver Rock in honor of the Lone Ranger's horse, Silver. I originally called this area the Manta Ray's Garden, before learning that it had already been called Silverland for some time, in recognition of the fact that it is the area where the Lone Ranger nursed a wounded Silver back to health in the movie and TV series. 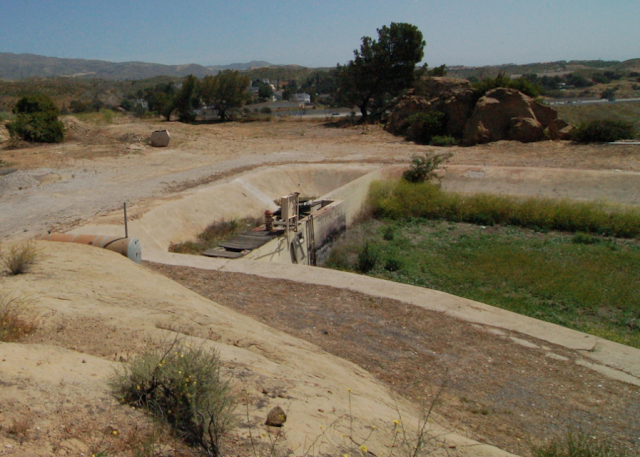 This empty concrete basin is what occupies Silverland today.

As much as I've always wanted to get a look at that "llama" in real life, the sad reality is that most of the rocks in the above screen shots have been destroyed, giving way to a mysterious project that was once described to me (accurately or not) as an attempt at a sewage facility that was built as part of the adjacent mobile home park and apparently never worked out. These days an empty concrete reservoir occupies the location.
Posted by Swami Nano at 1:44 PM No comments:

Did the Iverson Ranch get a sprinkling of Gong pixie dust? 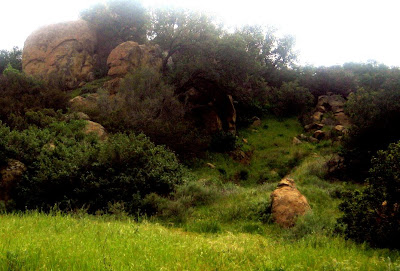 I'm always finding faces in the rocks, and here's a pair of characters I spotted on a visit a while back to the Upper Iverson. They're in the top left corner of the photo. These rocks are located in the South Rim area where much of the filming took place for the old Westerns. I've amped up the contrast here because the original photo is pretty dark. I always seem to be fighting tough lighting conditions at Iverson — I just don't get up as early as the old film crews did, what can I say? These rocks would be better lit in the morning, but then the faces would probably disappear too. 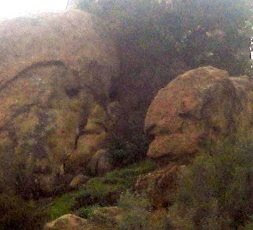 Here's a detail shot from the above photo — not that it adds any clarity. But in case you're having trouble finding them in the larger photo, these are the faces I'm talking about. 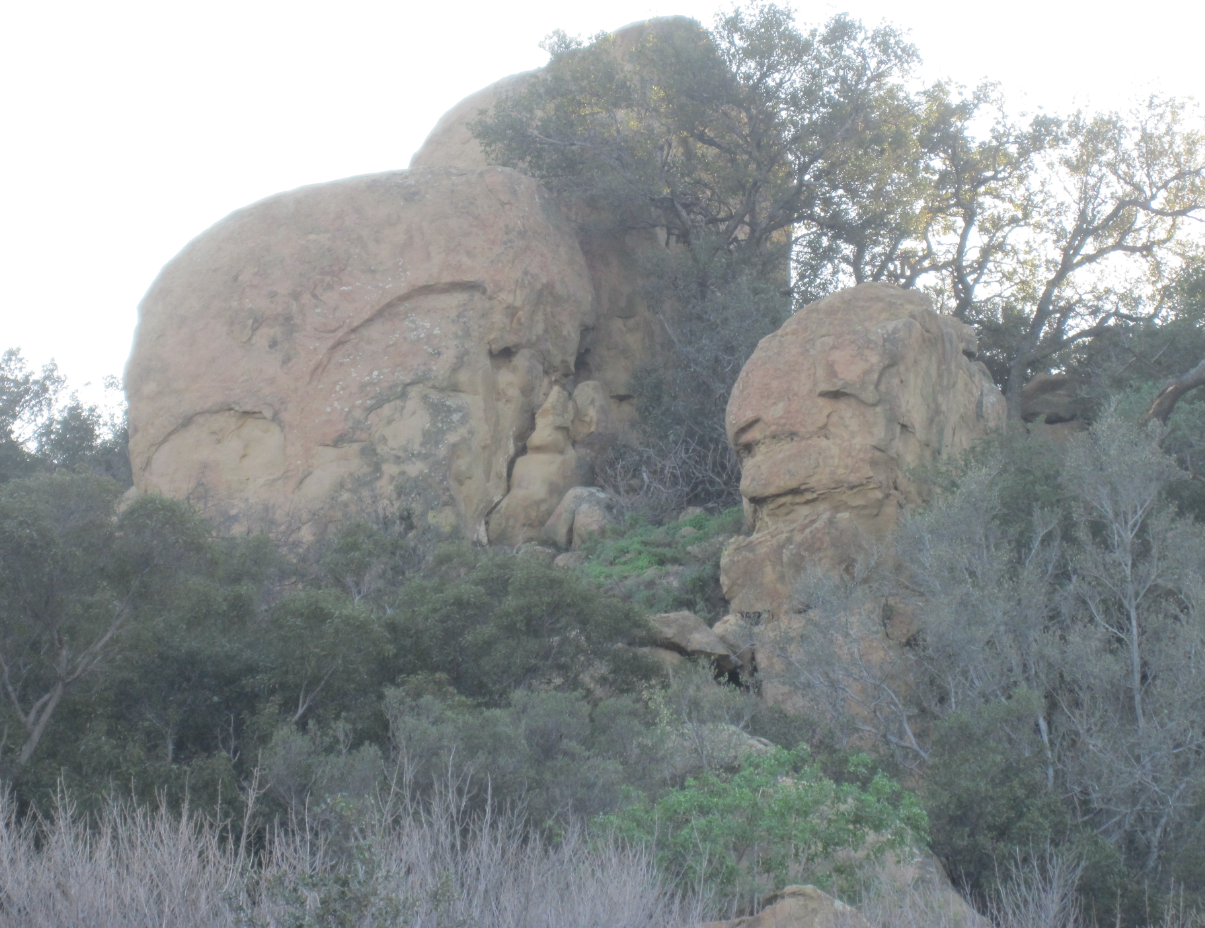 The faces change as you shift camera angles and as the sunlight changes. In the above shot, the "pixie" on the left looks pretty much the same as in the previous shot, but the one on the right has a completely new face — seemingly having grown a beard. 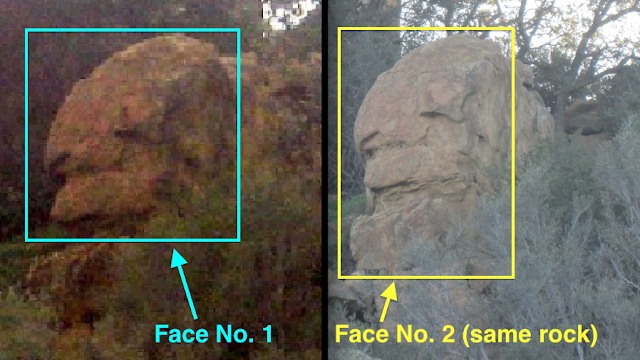 Here's what I mean by two different faces for that pixie on the right. 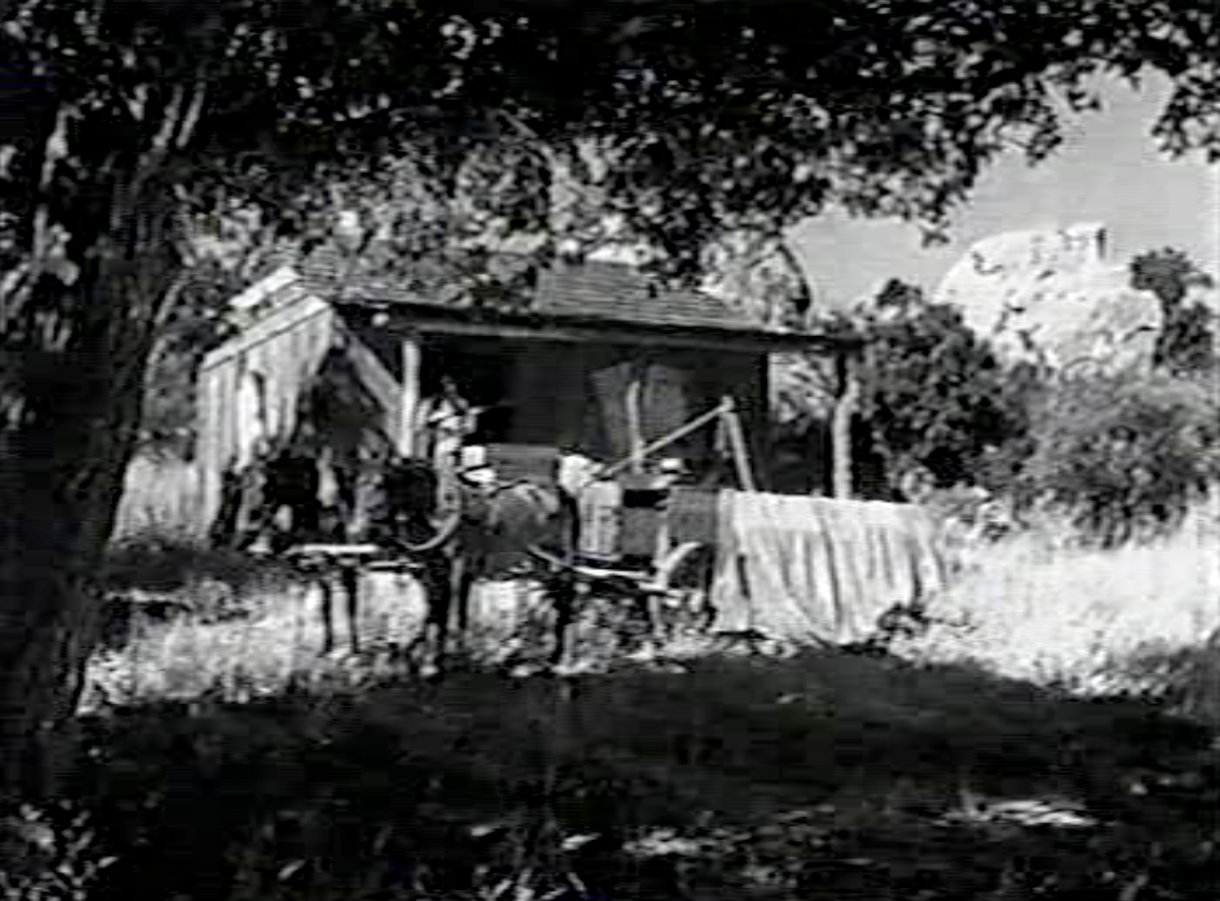 While it's rare to find the Pixies in movies or TV shows, they do appear on occasion — although I've never seen a production that shows off their "faces." In the above example from the Republic B-Western "Wagon Tracks West," one of the Pixies can be seen in the background of a shot featuring the Miner's Cabin. 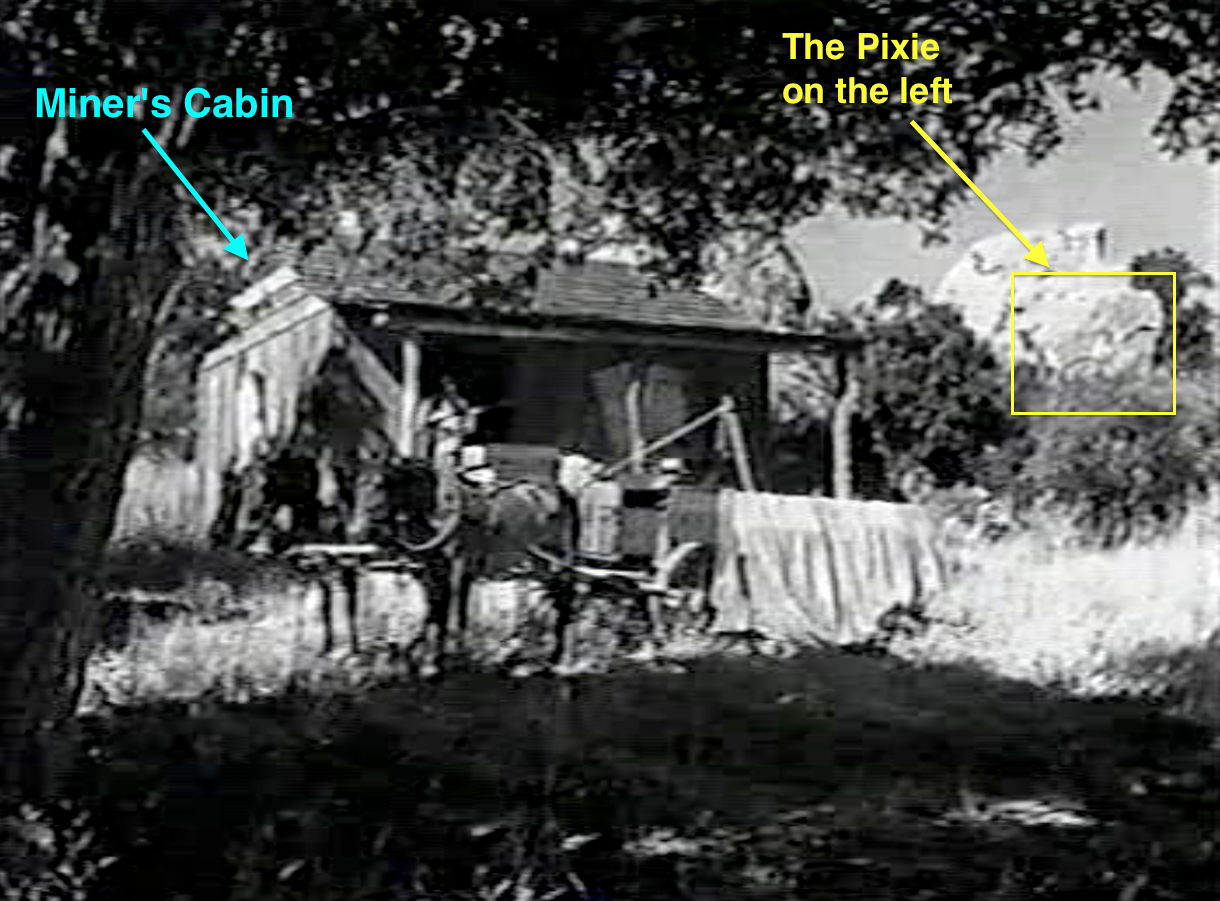 Here's the same screen shot with the Pixie spotlighted. "Wagon Tracks West" starred Wild Bill Elliott and Gabby Hayes, with camera work by the legendary Reggie Lanning — a member of my pantheon of great Iverson cinematographers.

For anyone familiar with the 1970s space rock group Gong, these characters and others at Iverson remind me of the Pothead Pixies from Daevid Allen's mythological drawings on the old Gong 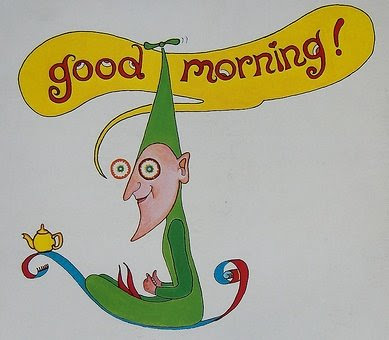 Here's an idea of what the Pothead Pixies look like on the Gong/Daevid Allen album covers.
Posted by Swami Nano at 1:07 PM No comments: