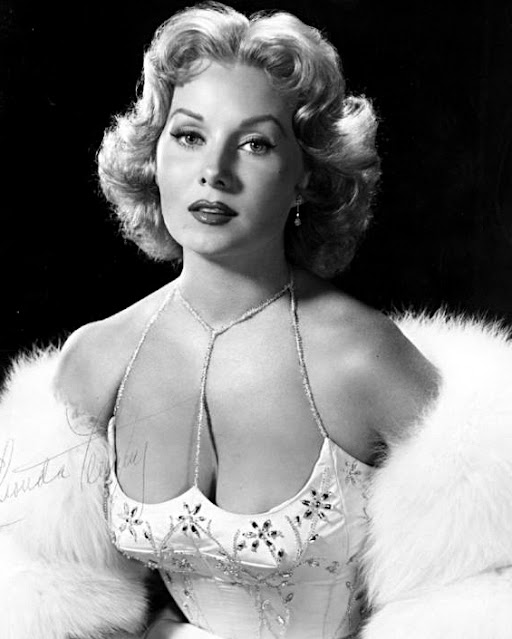 I heard the sad news recently that Rhonda Fleming, one of the great screen sirens of the '40s and '50s, a really nice lady and an actress with plenty of Iverson Movie Ranch roots, died Oct. 14. She was 97. 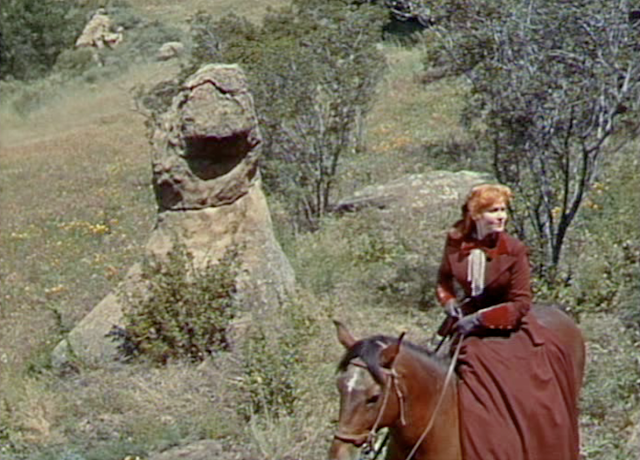 If you've been following the Iverson Movie Ranch Blog for a while, you may be aware that there's a rock on the former location ranch that's known as "Rhonda Fleming Rock." 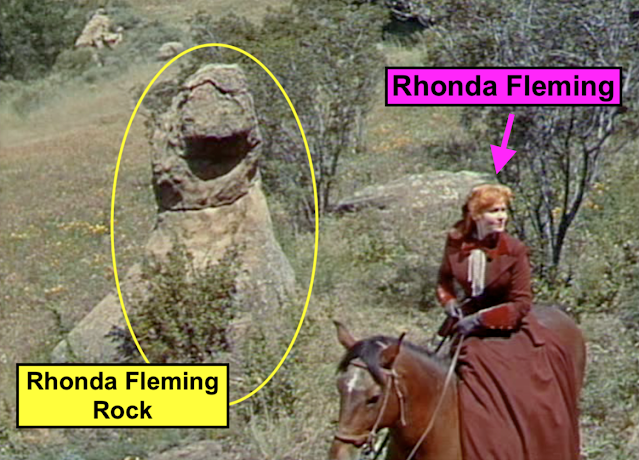 Rhonda Fleming Rock may not be as glamorous as one might expect a rock named after the legendary redheaded bombshell to be, but Rhonda's appearance with the rock in "Tennessee's Partner" in 1955 marked the height of the unusual sandstone monolith's Hollywood career. 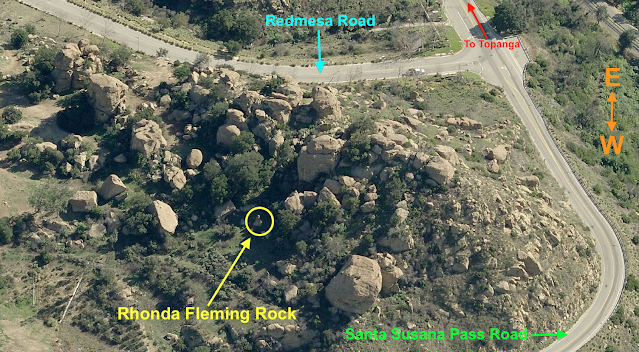 Back in 2014 I published a post about Rhonda and her rock, including directions for finding the rock along with a video clip of its appearance in "Tennessee's Partner." You can click here to see that post. 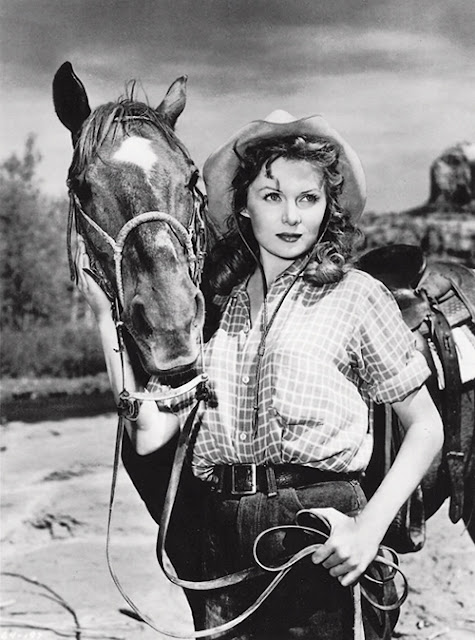 A few years ago I sent word to Rhonda about the naming of Rhonda Fleming Rock, and I heard back from her assistant, who said Rhonda was excited to have a rock named after her. That puts Rhonda in some elite company, among the few celebrities who actually knew their names would be carried on in perpetuity by famous movie rocks. 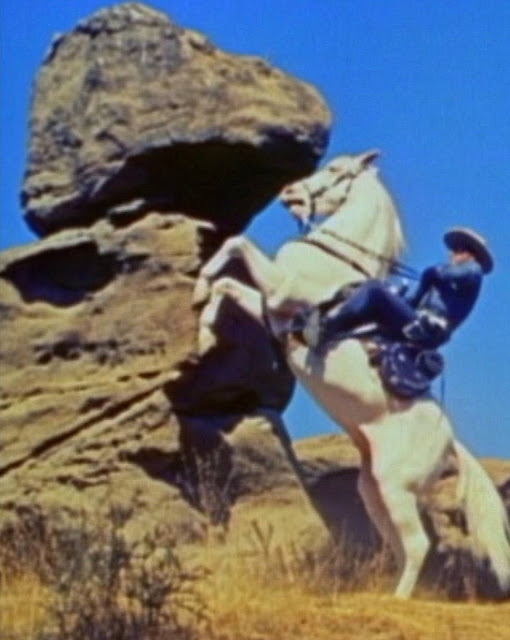 Today Rhonda Fleming Rock is one of the most popular, albeit slightly elusive, attractions for visitors to the Iverson Movie Ranch — especially those who want more after they see the "superstar" rocks like Sphinx and Tower Rock. Many fans of old Westerns are first drawn to the ranch by its ultimate rock star, Lone Ranger Rock. 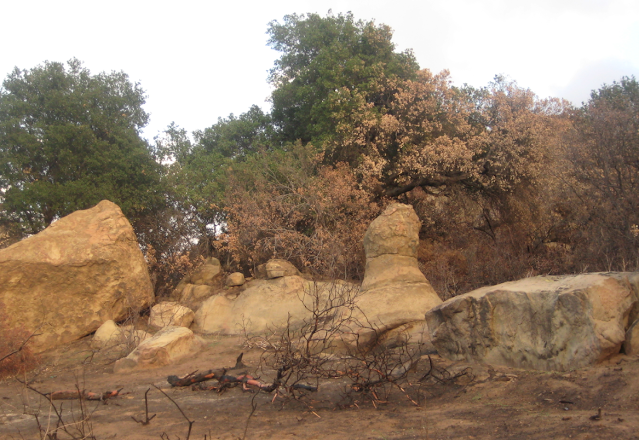 I think of Rhonda Fleming Rock as one of the movie ranch's many hidden gems. Here's a shot I took of it soon after it survived the devastating Sesnon Fire, also known as the Porter Ranch Fire, back in 2008. 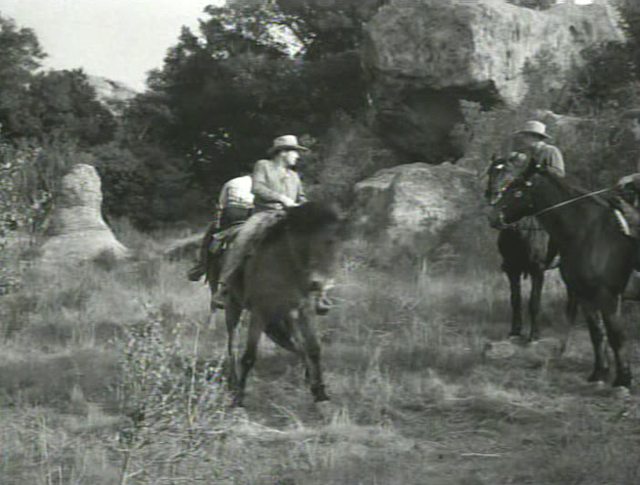 The rock did make a few appearances apart from its star turn with Rhonda Fleming. Here it is in an episode of the Wyatt Earp TV show called "My Husband," which premiered June 10, 1958. 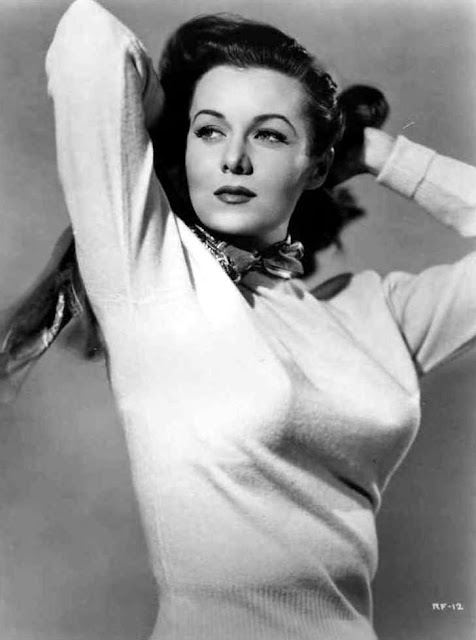