I refer to cinematographer Robert Cline as the mad genius of the Iverson Movie Ranch filming era, and he would probably hold that title even if he had shot just one film: his mystical 1942 Range Busters masterpiece "Thunder River Feud." I call it "his" movie even though it was directed by master B-Western director S. Roy Luby, because Cline's camera work clearly adds a strange quality to the movie that even Luby may not have envisioned. 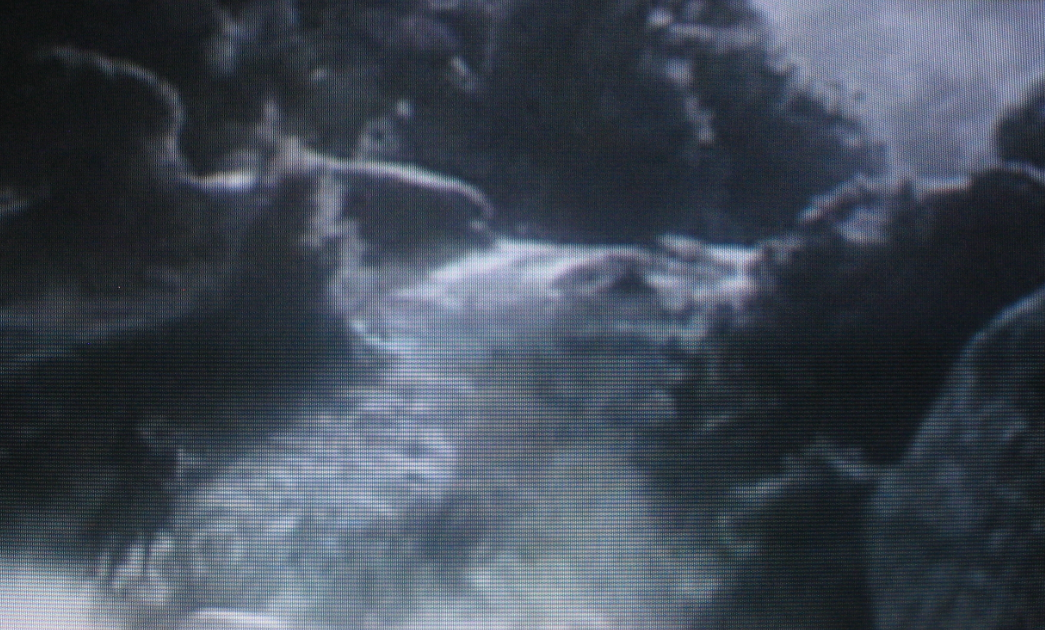 While it’s possible that the artistic “brilliance” of Cline’s fuzzy visual poetry in this strange and wonderful movie is purely accidental, it seems unlikely. Shot after shot reveals subtle, elusive images, often tucked away in the corners of the frame. For the viewer who is able to relax into it and surrender to the weirdness of it all, it adds up to a cinematic experience that is more akin to spotting faces in the clouds or looking at a book of hidden-eye puzzles than it is to watching a typical B-Western. 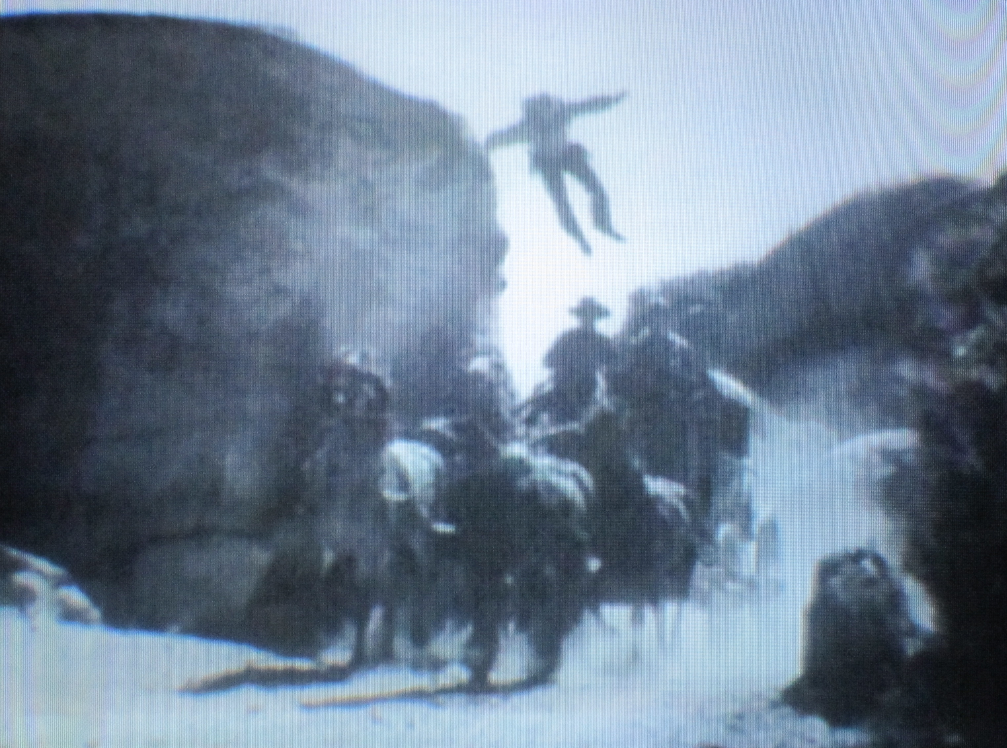 Regardless of whether Cline intentionally injected illusions into his work, whether it’s all attributable to a bad print or whether the often puzzling images in his shots are purely imaginary, he showed a flair for Iverson in a solid string of 1940s B-Westerns, part of an ephemeral career that began in the silent era and soon saw Cline emerge as one of the key shooters in early sound Westerns. 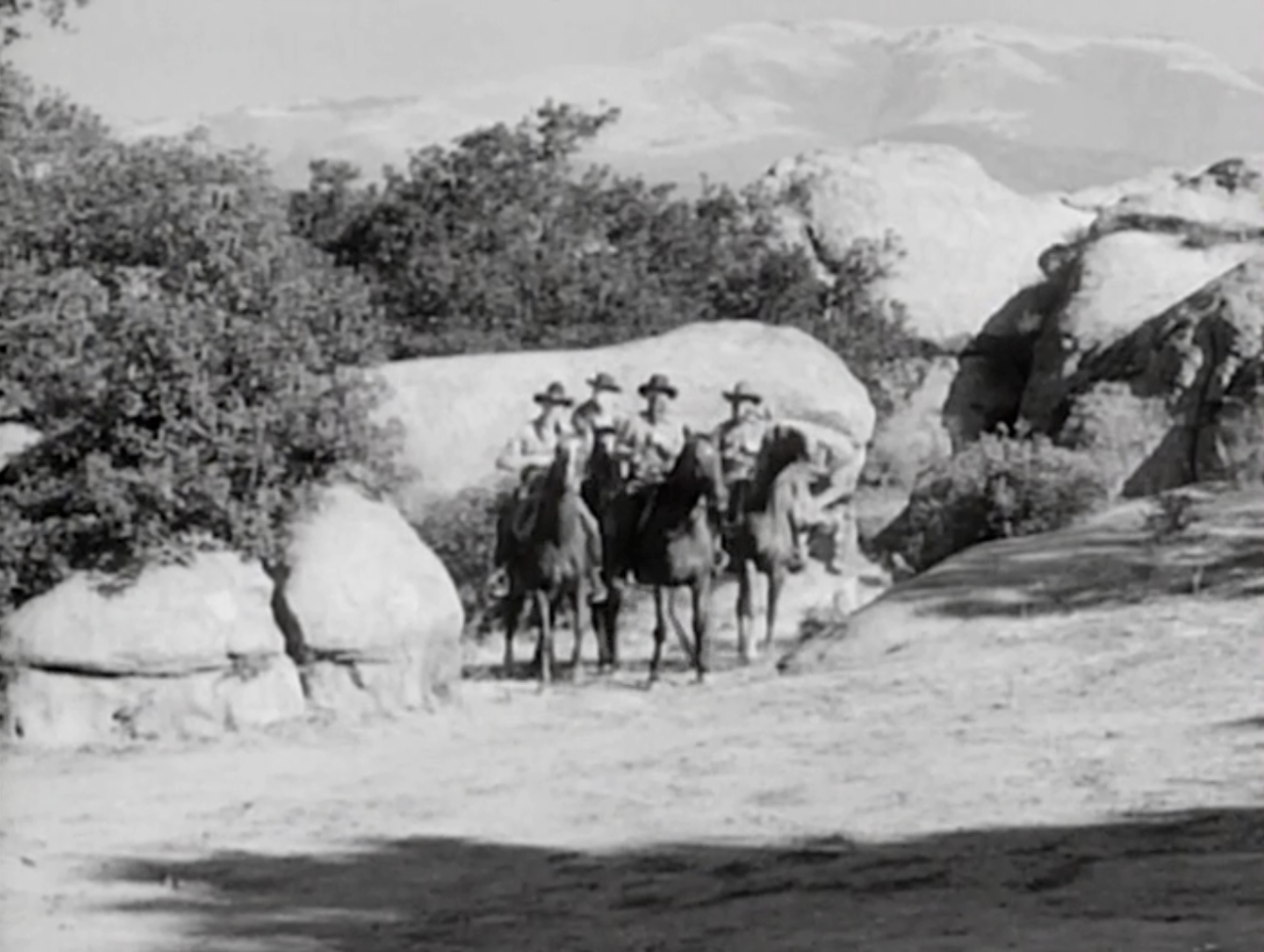 By the time the genre hit its stride in the mid-1930s he was already a master of the outdoor action sequence, had already developed much of his unique visual style and had already begun shooting at the Iverson Movie Ranch. Working mostly with smaller outfits — including Trem Carr Pictures and William Berke Productions in the early days and later the Alexander brothers and A.W. Hackel’s Supreme Pictures — Cline found himself at the center of what was suddenly the hottest film commodity in the business, the B-Western. 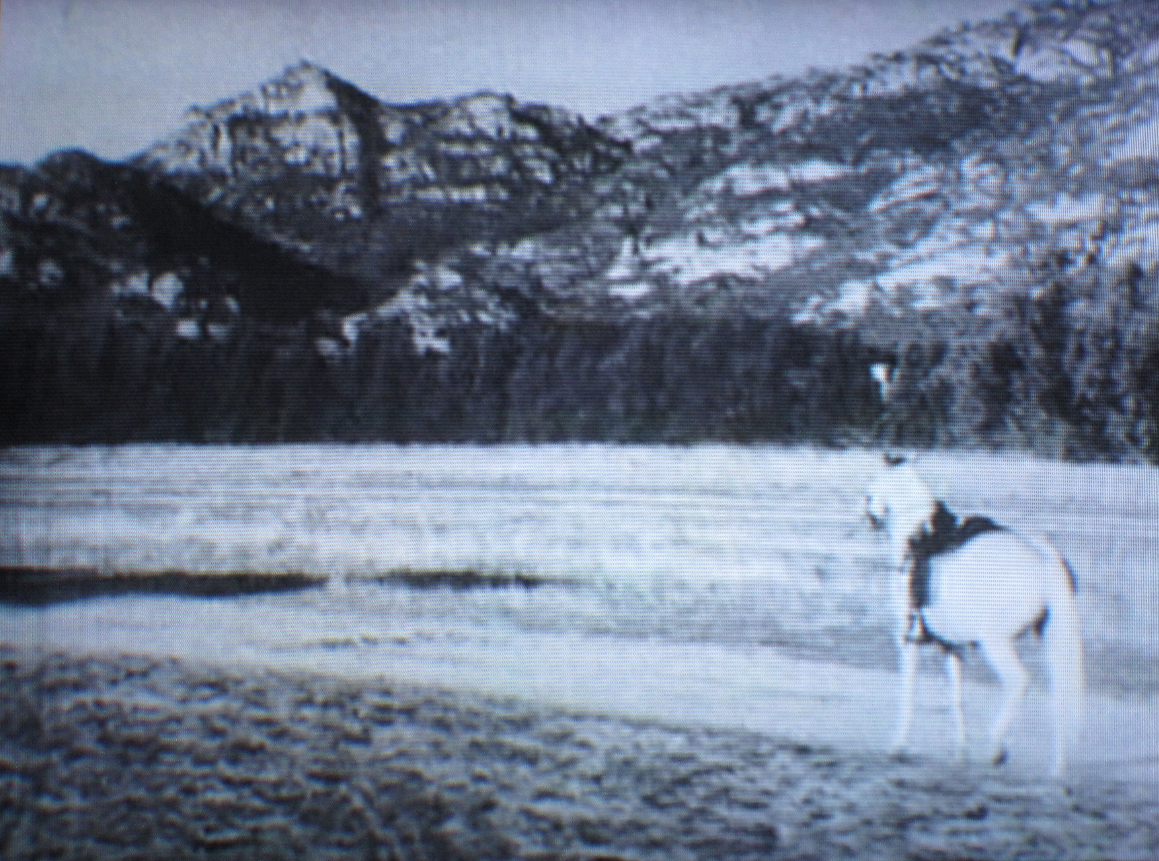 "Western Cyclone" (1943) — riderless horse on the Upper Iverson,
with Pyramid Peak and the Rocky Peak area in the background

He began to connect with some of the bigger players, flirting briefly with Republic, where he shot three Westerns in the late 1930s. He found more steady work at Monogram starting in 1940, migrating over to Ray Corrigan’s Monogram-affiliated Range Busters Productions in 1941. He settled in for a good run with Corrigan, shooting 16 Range Busters features before moving on to PRC in 1943. 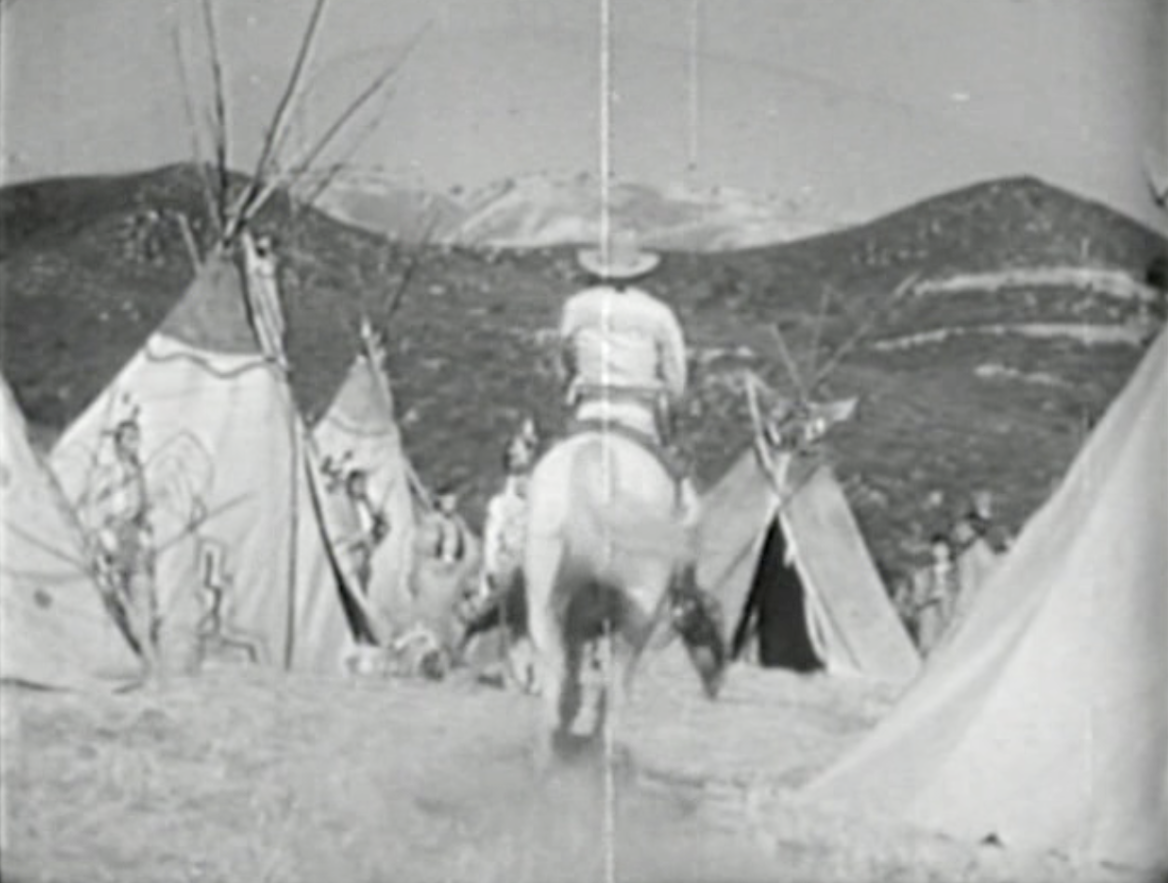 Much of his best Iverson work was done during this Range Busters/PRC period, including the Range Busters installments Underground Rustlers 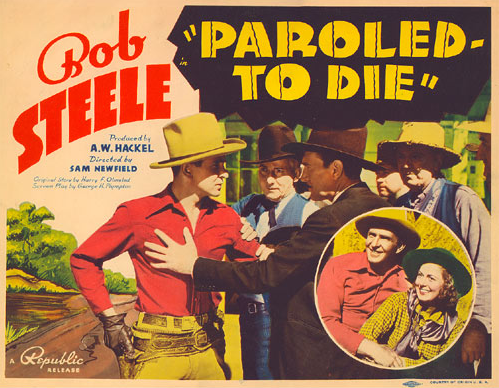 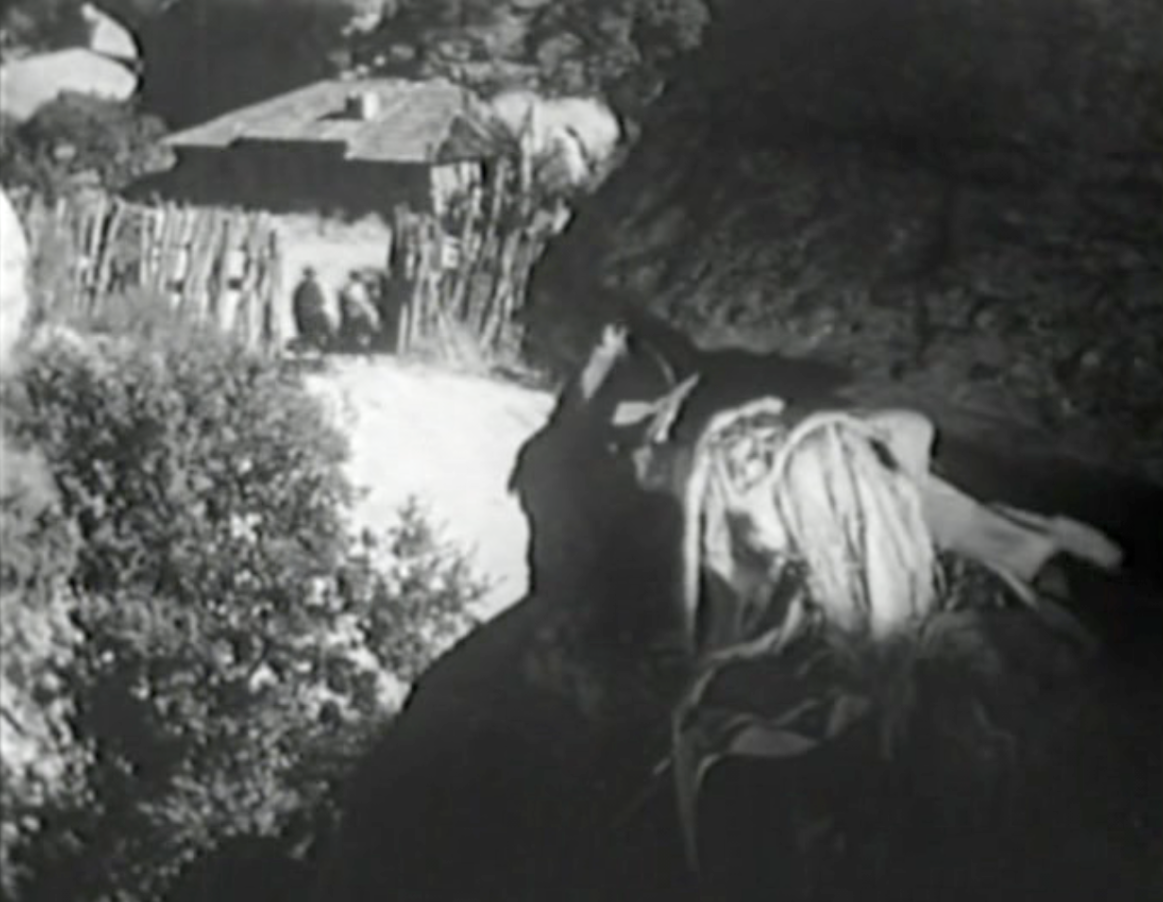 He rarely stayed long in any one place, adding to the mystique of Robert Cline as a restless and perhaps troubled genius. He avoided the one thing that almost all major Iverson cinematographers share: a lengthy stay at Republic Pictures. Maybe it’s part of his genius that he found a way to keep himself from getting sucked into the machine in a big way, something almost no one else seemed able to resist. 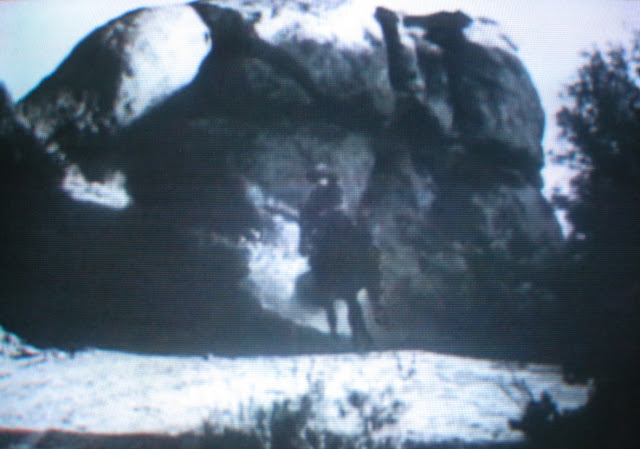 Cline has presided over my pantheon of Iverson DPs from the beginning, and was the inspiration for the creation of a pantheon in the first place. His volume of work doesn’t stand alongside prolific Republic shooters such as Ernest Miller or John MacBurnie, but Robert Cline is clearly one of the masters, if not THE master, at shooting the Iverson Movie Ranch. This despite his relatively high “miss ratio” — for example working quite a bit at Corriganville, working on low-Iverson-percentage Texas Rangers movies and working extensively in the silents (and therefore largely unseen and presumably largely lost). 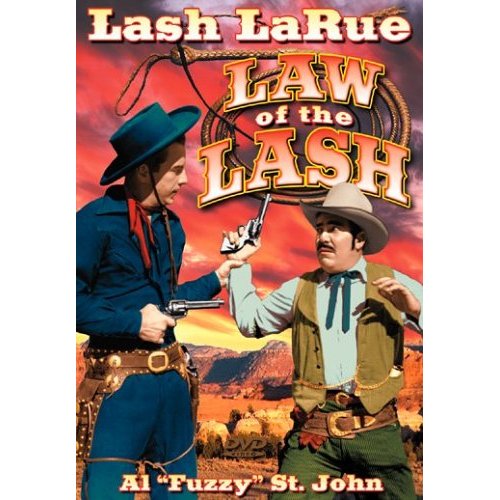 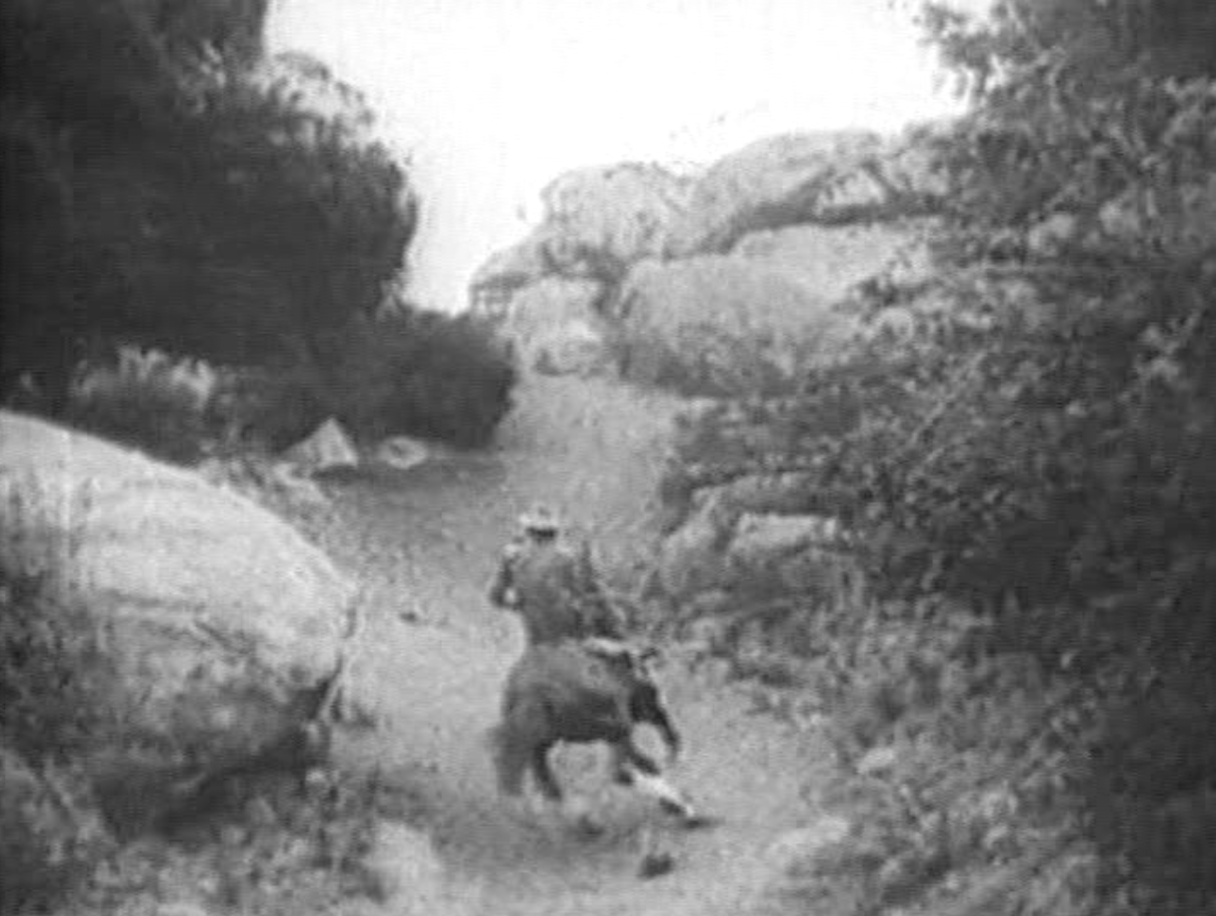 Like many of the cinematographers of the B-Western era, Robert Cline was born out West. He came from Arizona, which may have helped instill his affinity for Westerns and the Western landscape. And like so many of the cinematographers of the period, he died young — in his case even younger than most, at 48. But he also started young, well back into the silent era. His career essentially spanned 1925-1946, with a few releases coming out after his death, in 1947, and he left behind a legacy of 139 productions listed in his filmography — all well worth a look, if I can say so after having only seen a fraction of them. Cline lived long enough to see television coming, but he died before he got his chance to work in the new medium.