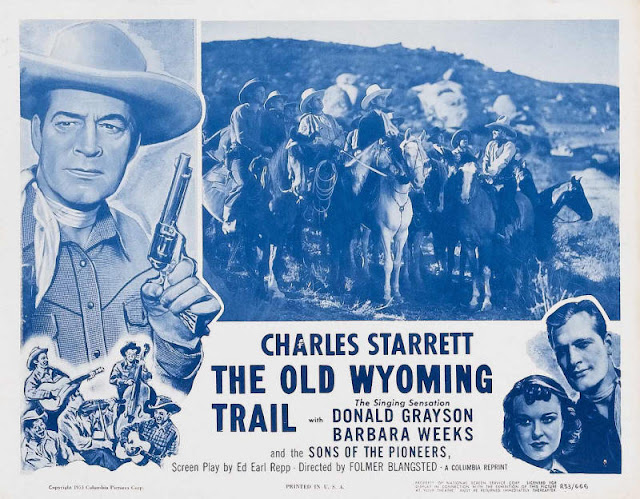 I was just doing a scan of the Columbia B-Western "The Old Wyoming Trail" (1937), starring Charles Starrett, and — how about this for a surprise — it's not shot in Wyoming! Like almost all of the B-Westerns from that period, it's shot around L.A., and like many of them, it's shot at the Iverson Ranch in Chatsworth. 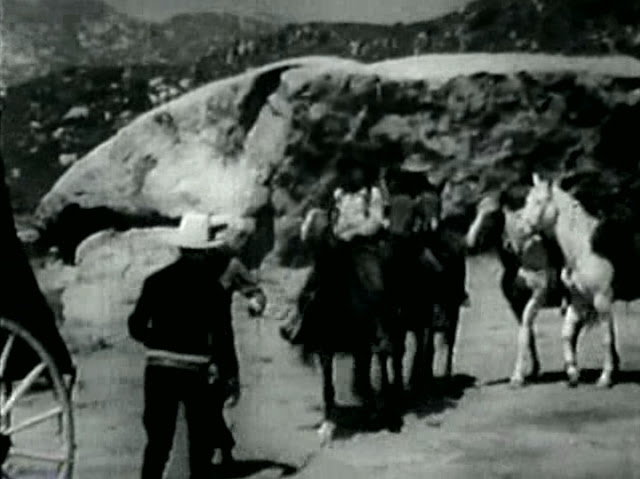 I thought I'd point out this one rock. Here it is in the movie. It's part of a cluster of rocks that includes a famous movie arch, Devil's Doorway, which you can read about in this earlier blog post. The rock wall seen above stretched out from Devil's Doorway toward the south — and still does. 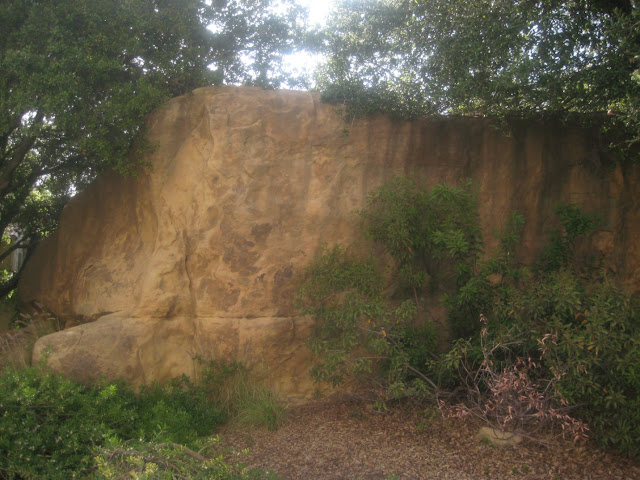 Here it is in modern times — Devil's Doorway Wall. It's situated among a bunch of condos now, off Redmesa Road. It's off the first driveway on the right as you head north on Redmesa off Santa Susana Pass Road. As usual, it's not exactly the same angle. But it's the same rock wall.
Posted by Swami Nano at 10:46 AM