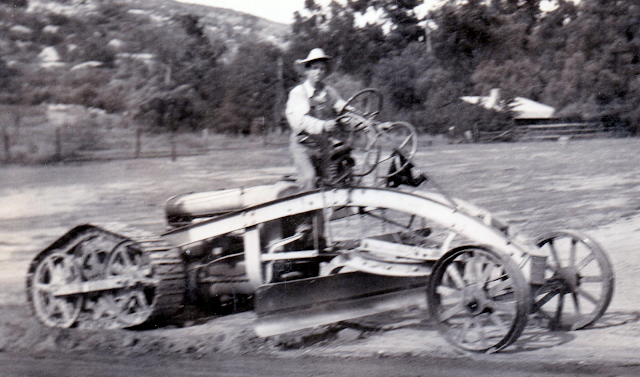 Joe Iverson and his incredible tractor

Before the Iverson family became full-time movie location operators, they were farmers. Even after the location business started to take off, they kept various farming operations going — and they had this amazing tractor. 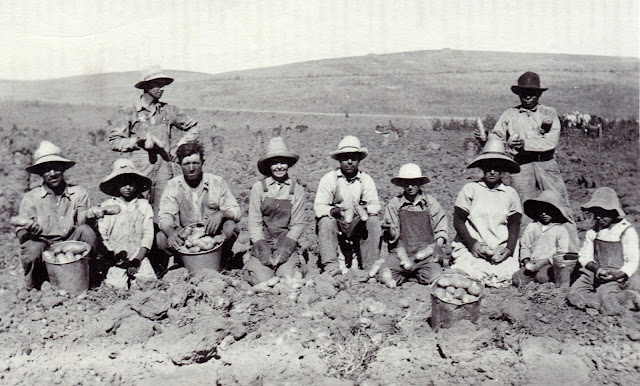 The rugged terrain that would become the Iverson Movie Ranch wasn't particularly fertile, especially with all those rocks. So the Iversons also farmed down in the flatlands, where it's said they produced one of the best potato crops in the San Fernando Valley. 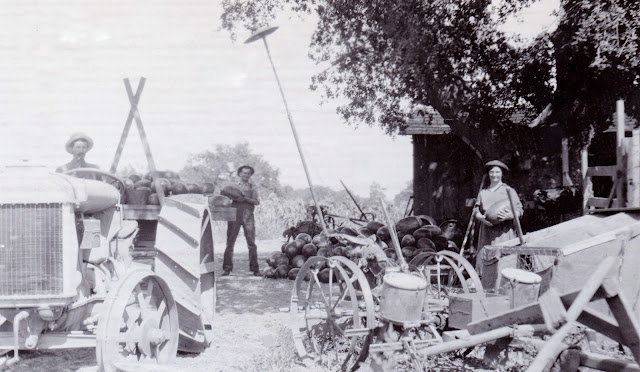 The family also farmed watermelon, among other crops. And they had at least a couple of tractors. The one seen here on the left is a Fordson, which was the nameplate Henry Ford set up when he went into producing tractors back in 1917. (The brand name was a contracted form of "Ford and Son.") 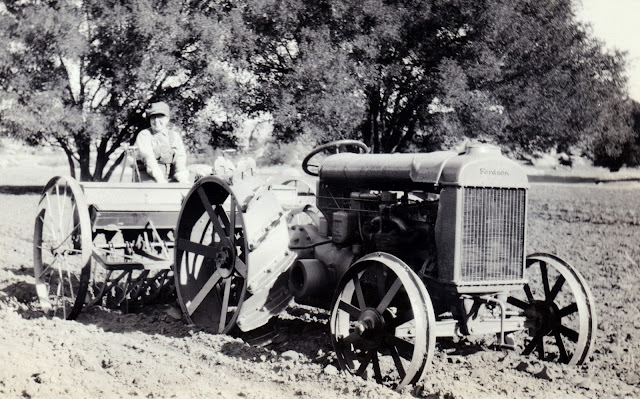 The Iversons' Fordson tractor (photo from 1930)

Here's a good look at the old Fordson. It's unclear who the woman is who's showing off the machine. 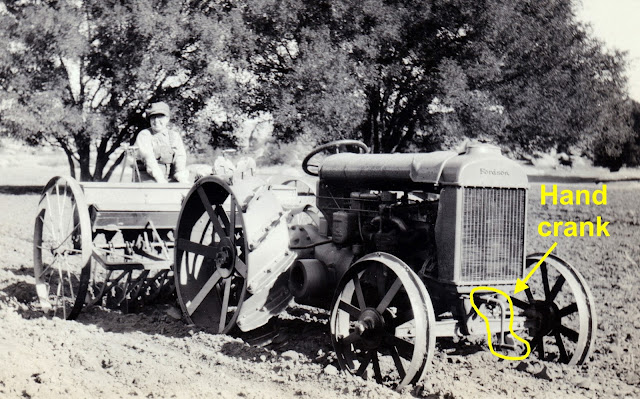 I'd say the old Fordson was about a 1928, though I'm hardly an expert on vintage tractors. Note the hand crank — you don't just stick the key in one of these babies and expect it to fire right up. 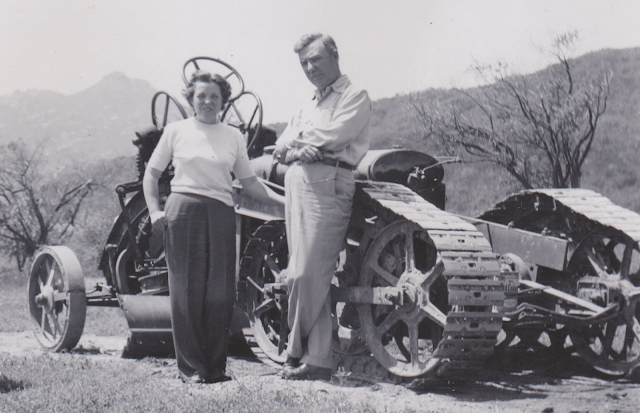 Iva Iverson and guest with the grader (photo circa 1951)

Unfortunately, we don't have a lot of photos of Joe's other tractor — which it might be more accurate to call a grader, or even a crawler. This is one of only two photos of it that I've seen. Joe's second wife, Iva, is on the left, framed by the machine's steering wheel and grader blade controls. 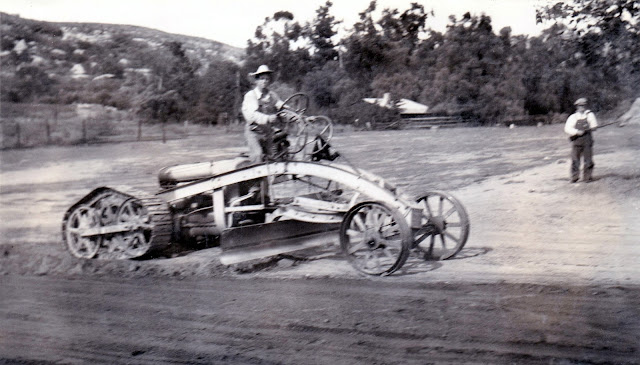 Wider shot of Joe on his crawler/grader

The photo at the top of this post was cropped from this wider shot. The big reveal here — and my other favorite thing about the picture, besides the grader itself — is the guy standing in the field with a rifle. 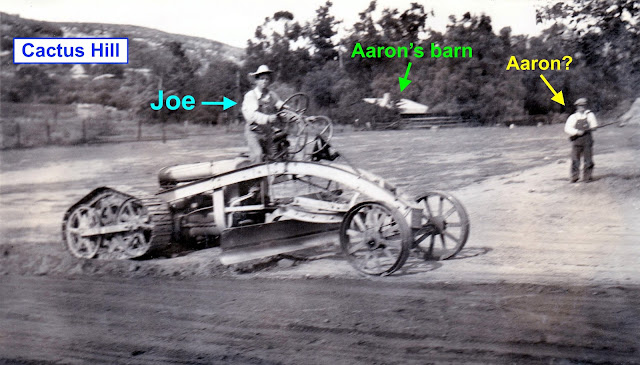 My guess is the guy with the rifle is Joe's brother Aaron, who had the farm next to Joe's. Not sure what he was doing out there, but he may have been fixin' to shoot critters that tried to scamper off when they saw Joe coming. 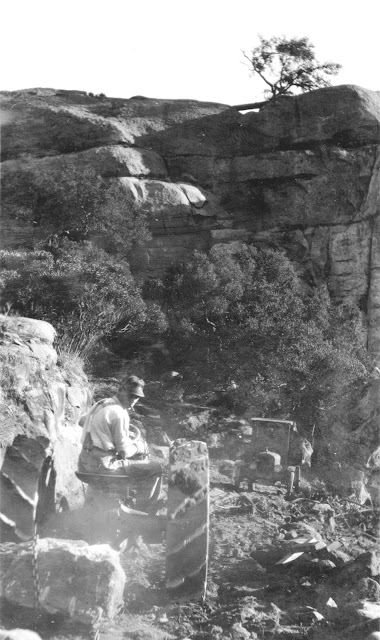 Joe hauls rocks in the Gorge (circa early 1930s)

When the farm transitioned into a full-time movie ranch, the heavy machinery still had work to do. Here's Joe using one of his tractors — I think it's the old Fordson — to haul rocks as he puts in a road through the Gorge, probably in the early 1930s. Nyoka Cliff looms in the background.
Posted by Swami Nano at 7:52 PM

Fantastic photos. Where on earth did you find them? Keep up the great work.

The grader had a single steering wheel, and the other "steering wheels" were actually mechanical controls for positioning the grader blade. This was prior to the era of hydraulics on mobile machinery such as this, so hand cranks, long levers, and handwheels such as these were used. I believe close inspection will show the heart of the grader is a Fordson tractor with conversion tracks, with the grader superstructure added. Track conversions such as these were sometimes used on tractors used for logging or work in soft soil or muddy conditions. Great photos, great history!!

Thanks for the feedback and your insights into the grader. I've tweaked the post a bit to incorporate your info.
-SN