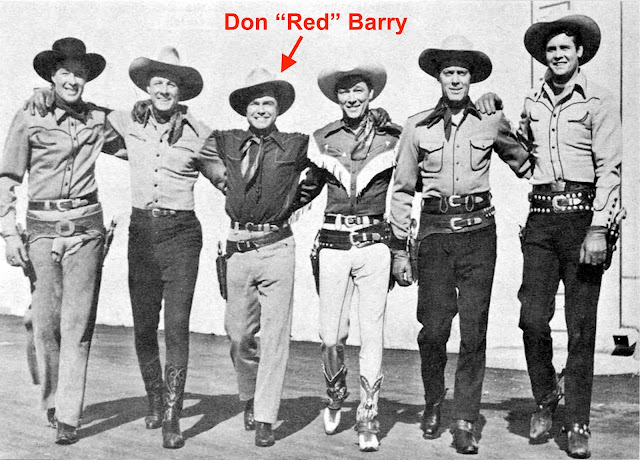 Donald "Red" Barry may have been one of the shortest cowboy heroes of the B-Western era, but I also think he may have been the best actor in the bunch. 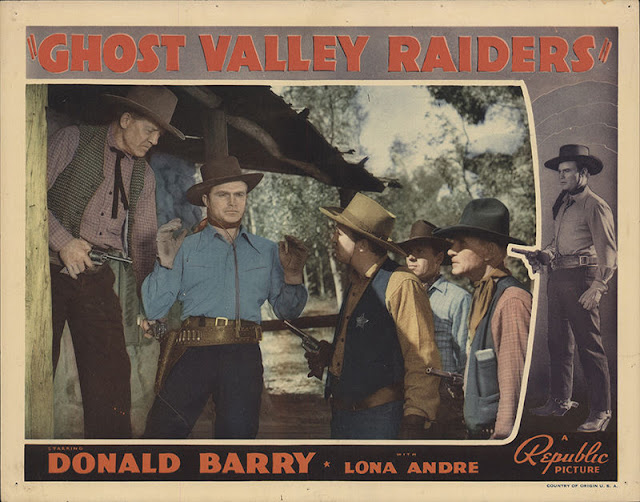 Barry shot most of his Republic pictures on the Iverson Ranch, and they're some of the best showcases for the ranch if you can find them. I recently scanned "Ghost Valley Raiders" and it's a rocktacular — I want to thank Western movie location historian Tinsley Yarbrough for pointing me to the movie. 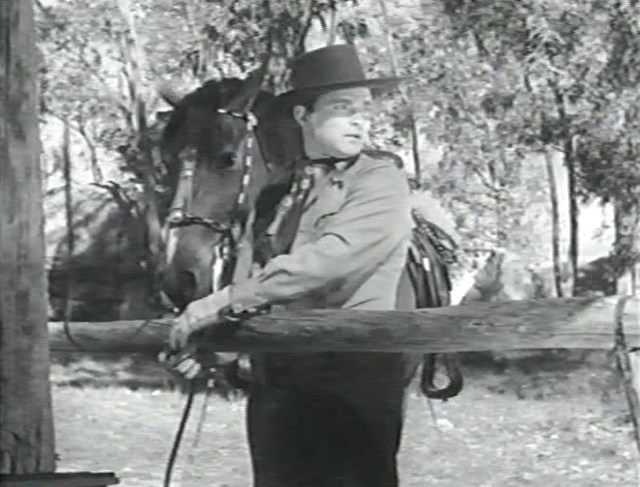 Barry rode a cool movie horse in the 1940s — Banner. The word is that Banner, a big bay, later did movie work with John Wayne, Rocky Lane and Andy Devine. Ouch! 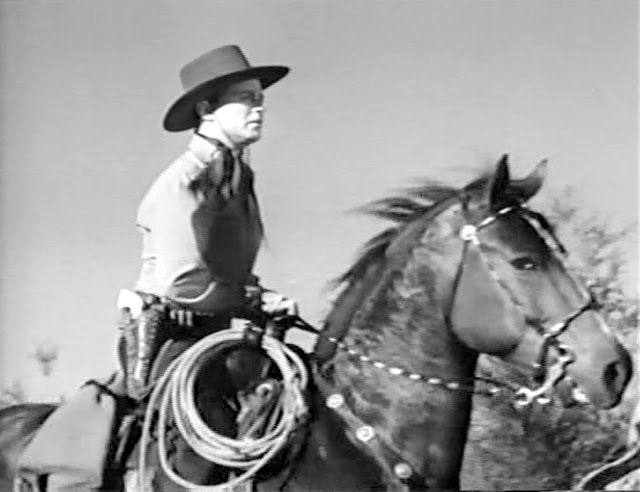 Banner was presented as one of those super-smart movie horses, and in "Ghost Valley Raiders" he was given a number of "wonder horse"-type stunts to do to help Barry fight bad guys. 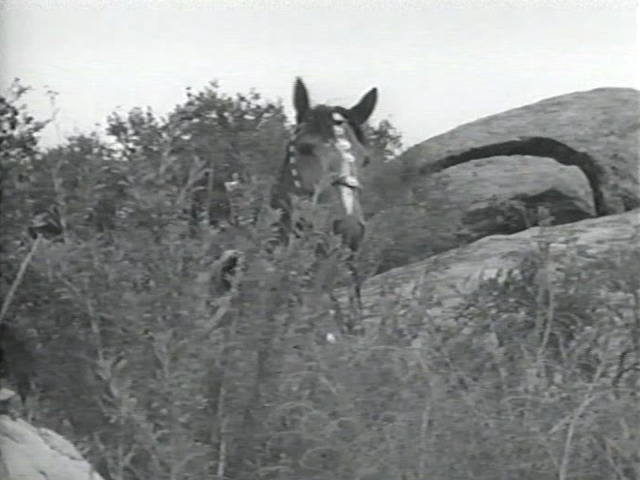 In one of those stunts, all Banner had to do was go hide in the bushes. As it turns out, he hid right next to a rock with a distinctive curved, or L-shaped, crack running through it. 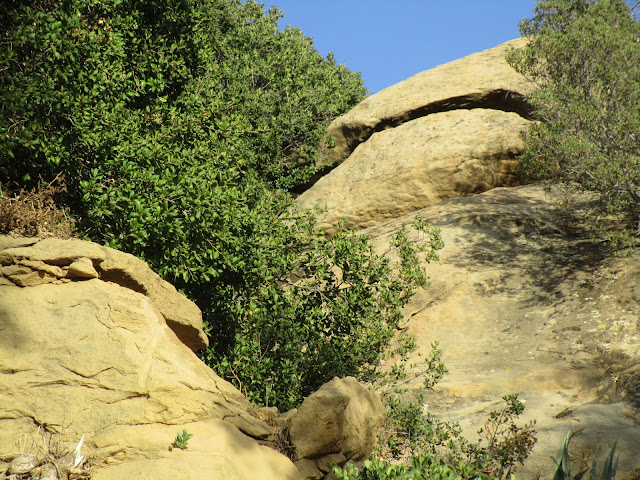 I was able to find that same rock on a recent visit to the former movie ranch. 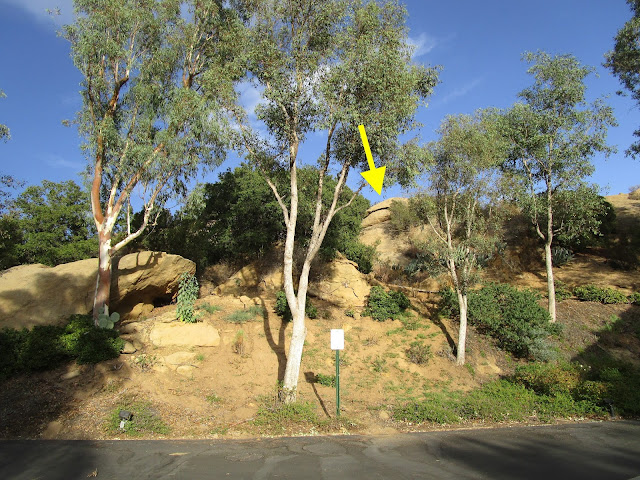 The rock is kind of hidden among the condos just east of Redmesa Road. 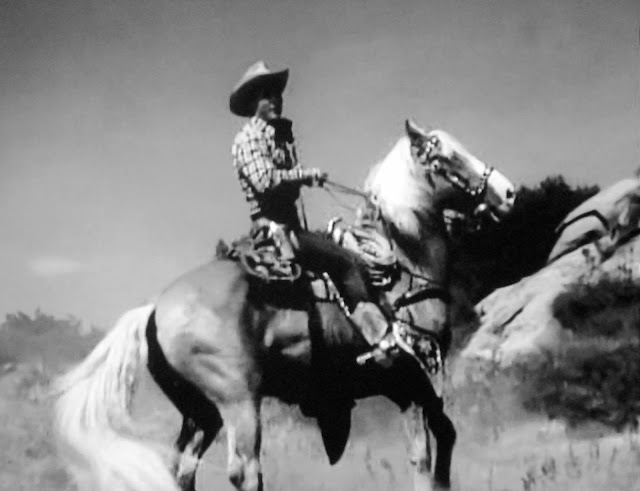 Banner wasn't the only famous movie horse to be filmed at the L-shaped crack. In this shot from an episode of "The Roy Rogers Show," Roy works with Trigger near the same cracked rock. 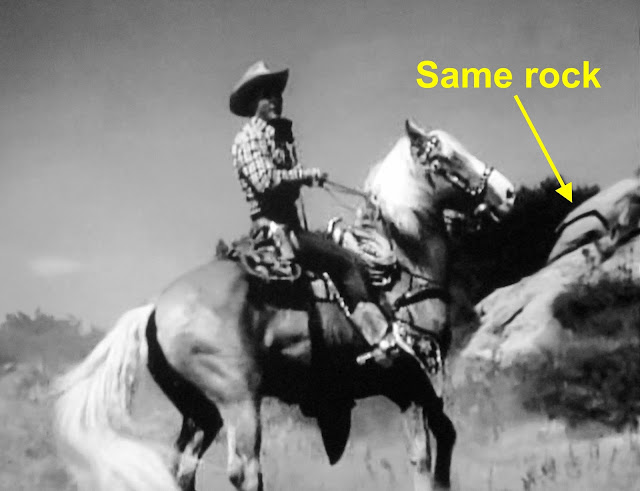 The shot comes from the episode "End of the Trail," which premiered Jan. 27, 1957, during the show's sixth and final season. The episode would have been filmed in 1956. 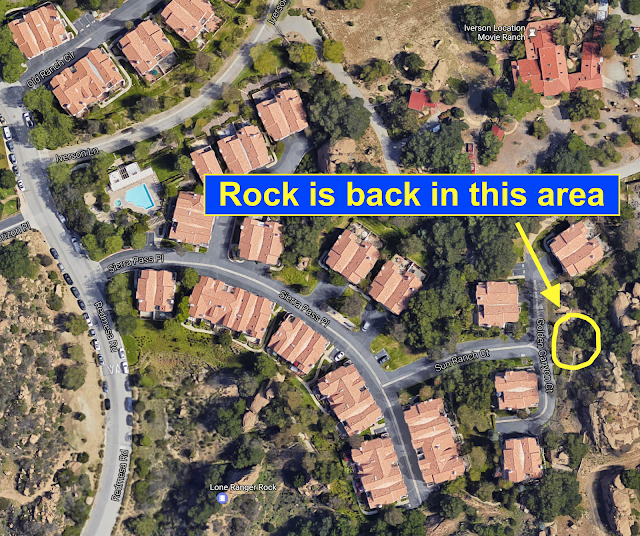 This Google aerial shows where the cracked rock can be found. It's in a private community, but in my experience the residents have been cool about visitors who are there for thoughtful rock gawking. 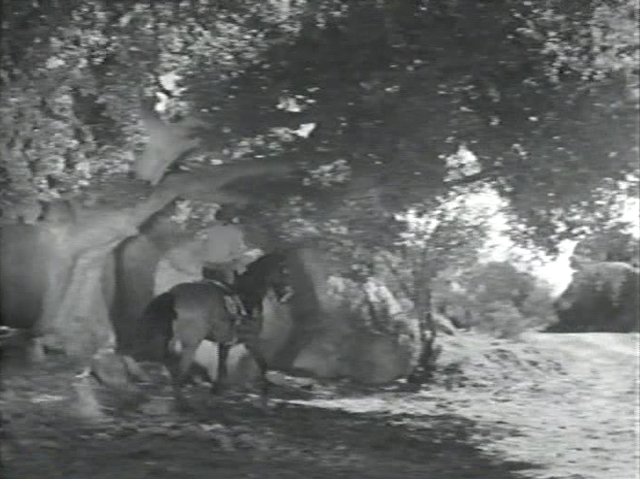 The "Hangman's Tree" on the Lower Iverson ("Ghost Valley Raiders")

The cracked rock sequence in "Ghost Valley Raiders" also features the so-called "Hangman's Tree," which was located nearby but did not survive condo development. Click here to read a detailed post about the tree. 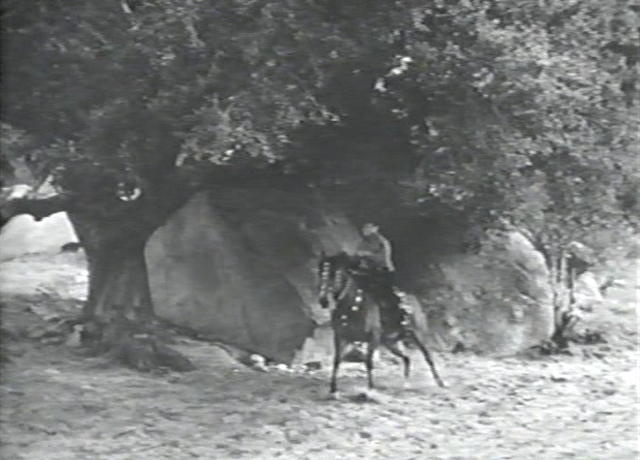 Another view of the Hangman's Tree in "Ghost Valley Raiders"

Oddly enough, no one seems to recall an instance where the "Hangman's Tree" was used for a hanging. If you know of one, I'd like to hear about it. Please comment or send a note.
Posted by Swami Nano at 5:21 PM