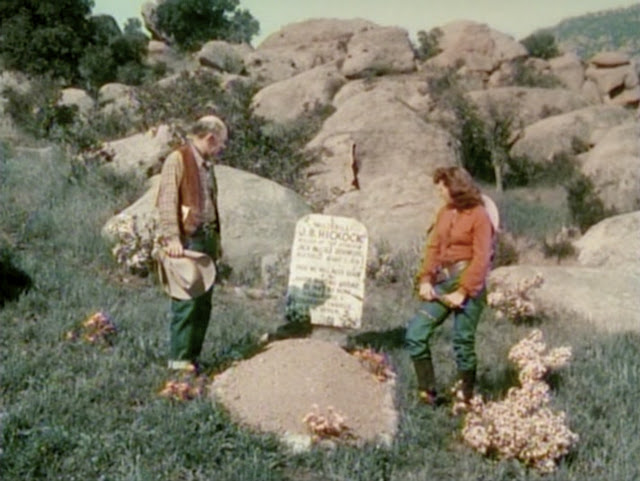 OK, it's only his MOVIE grave, but still, it's pretty cool. Here's the grave as seen in the 1950 movie "Calamity Jane and the Texan," with a couple of characters who figured into Wild Bill Hickok's real life — Calamity Jane, played by Evelyn Ankers, and Colorado Charlie Utter, played by Lee "Lasses" White — paying their respects. 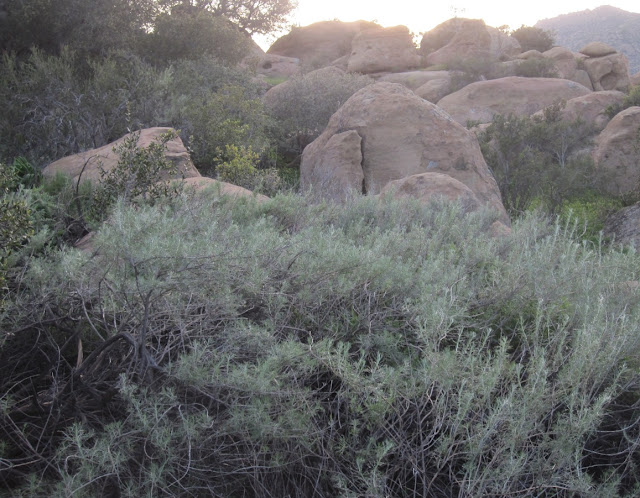 Here's the gravesite today, on the former Iverson Movie Ranch in Chatsworth, Calif. The exact location of the grave is overgrown with sagebrush, but the rocks in the background still look pretty much the same. 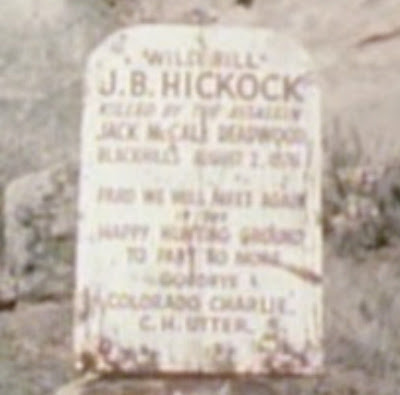 In the movie, which is also known by the title "The Texan Meets Calamity Jane," they spelled Hickok's name wrong on his tombstone, adding the extra "c" to come up with Hickock — presumably a common mistake. They did get other details right, including his death at the hands of Jack McCall in Deadwood, in the Black Hills, on Aug. 2, 1876. 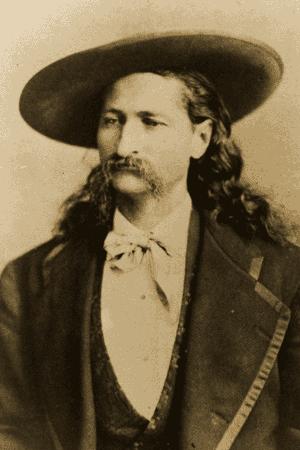 Wild Bill, whose real name was James Butler Hickok, was 39 at the time of his death. History notes that Hickok was playing poker at Nuttal & Mann's Saloon in Deadwood when McCall shot him in the head. According to legend, Hickok was holding aces and eights, all black — a poker hand that since this infamous shooting has been known as the "dead man's hand."

Calamity Jane could not have wore mens' Wrangler jeans as her cross-dressing choice of menswear; Rodeo Ben, the Western tailor didn't create those cowboy pants until 70 years later; she should have been wearing mens' levi jeans instead; low budget causes low historical research for accuracy.she still look sexy in mens'jeans tucked into mens' tall cowboy boots.

The real graves of Wild Bill and Calamity Jane are of course in Deadwood, South Dakota. Not as romantic as the movie, maybe, but still worth visiting.