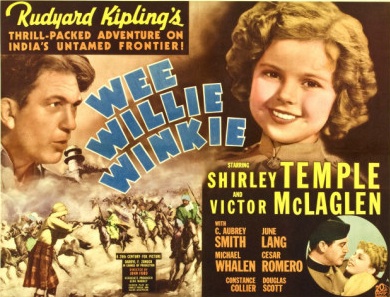 One of the most important location shoots in the early history of the Iverson Movie Ranch was for "Wee Willie Winkie" in 1937, directed by John Ford and starring Shirley Temple and Victor McLaglen. A number of sets were built for the production, notably the India Outpost at Sheep Flats, which has been featured in a recent post, and the mountain stronghold of Khoda Khan (Cesar Romero), seen below. The Khan set was built next to the formidable rock structure known as The Wall in Iverson's Upper Gorge. 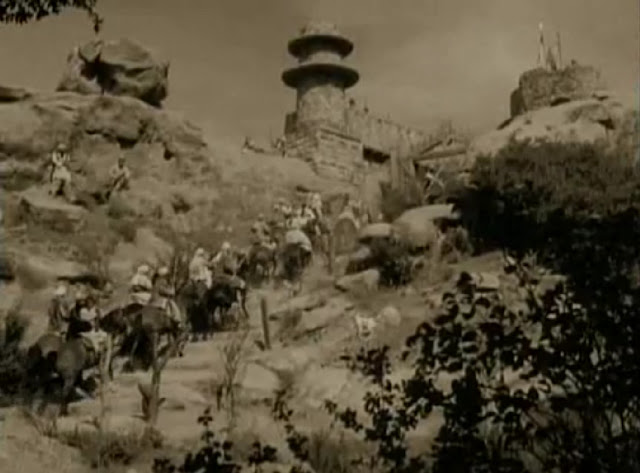 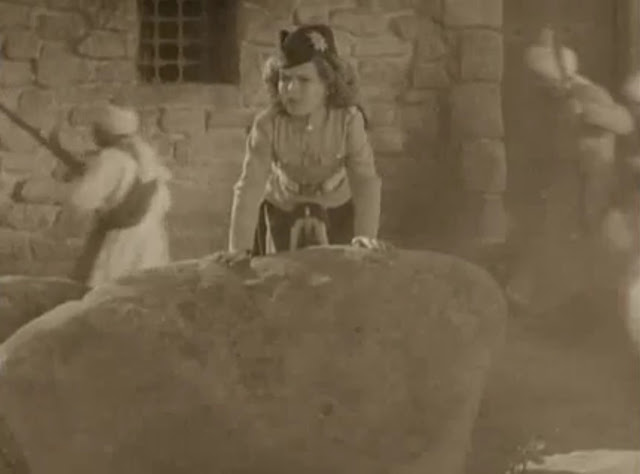 The set in the Upper Gorge at the time included a number of stone or adobe buildings, one of which is seen above, along with Shirley Temple perched on a rock that I came to refer to as Shirley Temple Rock. This rock — a small one by Iverson standards — has appeared in other productions as well, and has been useful in helping to identify scenes shot in the Upper Gorge. 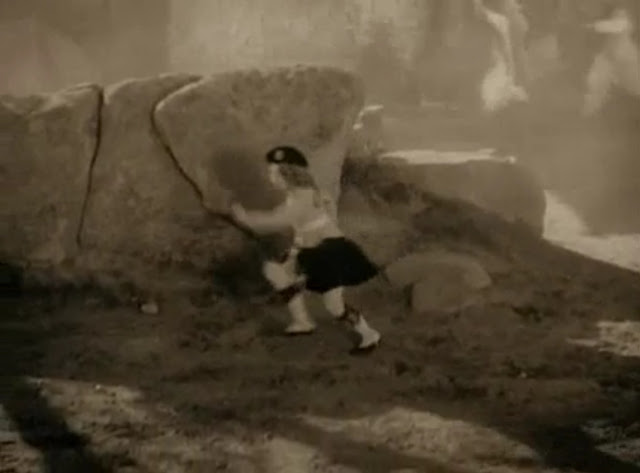 This is Shirley again, scampering about near the rock as the battle rages all around her in "Wee Willie Winkie." The movie is based on a Rudyard Kipling story set in India during the British colonial period. This view gives a better idea of what Shirley Temple Rock looked like.

Here's a much later appearance by Shirley Temple Rock, in the 1960 Western "One Foot in Hell," shot long after the "Wee Willie Winkie" sets were gone.

Update: At the time I first published this post, I was unsure whether Shirley Temple Rock still existed. I have since determined that the rock was destroyed during development of the Cal West Townhomes project, after the former Iverson Movie Ranch was subdivided. Following the death of Shirley Temple Black on Feb. 10, 2014, I posted a tribute to the actress, including an update on Shirley Temple Rock. You can read that tribute by clicking here.
Posted by Swami Nano at 12:30 AM