The awesome Adobe Fort at Sheep Flats — historic movie buildings that once stood on the outskirts of L.A. 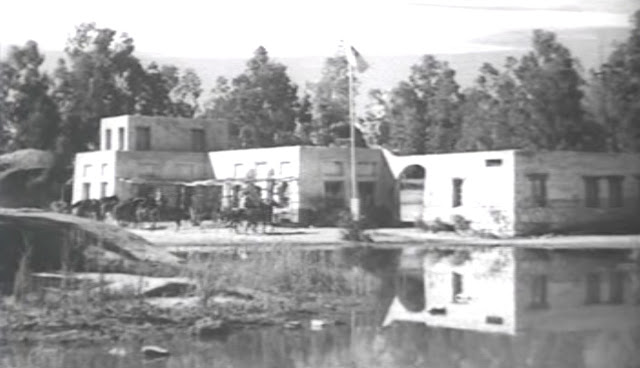 In the years before Iverson's Western street was built at Sheep Flats in late 1944, for the Gary Cooper movie "Along Came Jones," a spectacular adobe fort stood on the site for a period of time. Its history is at times cloudy, but what's known is that it was in place from at least 1938 to 1941, appearing in a number of movies and serials during that span, and can be traced to the India Fort from "Wee Willie Winkie," built in 1937. 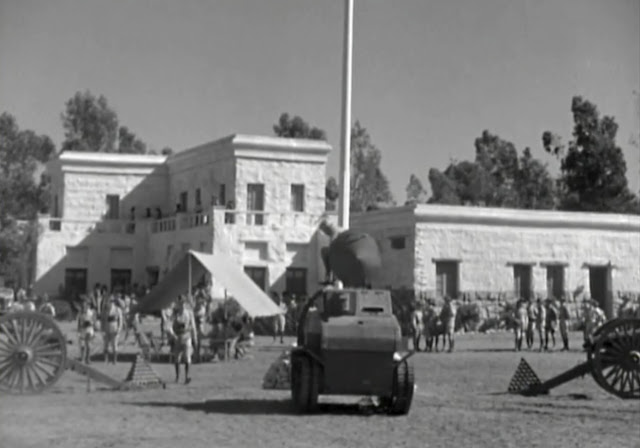 The structure went through a series of changes over the years and had a few different looks in different films. In "Army Girl" it took on a white stone finish, while in the Western-themed movies it had more of a traditional adobe appearance, as seen in the shot from "Rawhide Rangers" at the top of this post. 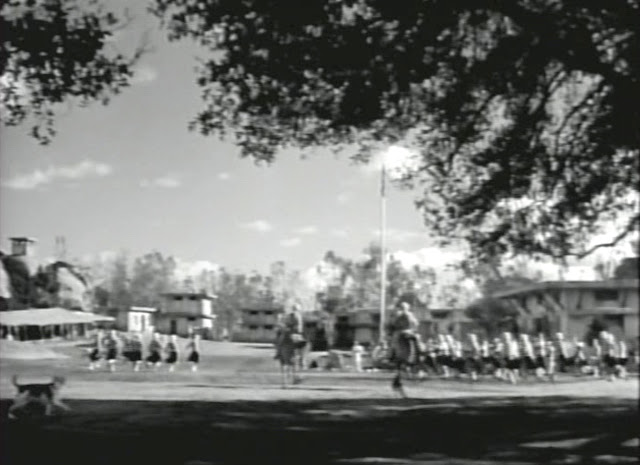 It's almost inevitable that the structure's history would be traced to "Wee Willie Winkie," specifically the expansive India outpost that was built on Sheep Flats for this landmark production — a big-budget Shirley Temple movie that was said to include the most expensive sets ever built at Iverson. This is where the fort originated, and I tried a number of times over years of research to match up the buildings in "Wee Willie Winkie" with those seen in subsequent movies, It took a while, but I eventually did have some success in that effort — check out this post for an update on that part of the research. 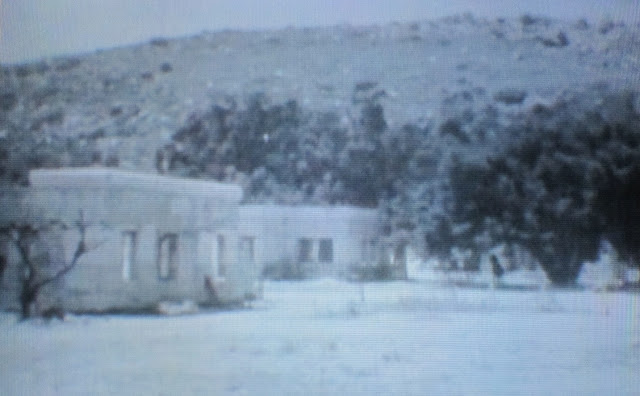 Here's a shot from the Range Busters B-Western "Fugitive Valley" showing Cactus Hill in the background and placing the adobes near the western end of Sheep Flats. In addition to the movies cited above, the adobe complex appeared in "Rocky Mountain Rangers" (1940) and in the Republic serials "Zorro's Fighting Legion" (1939) and "Adventures of Captain Marvel" (1941), among other productions of the late 1930s and early 1940s.

It has been reported that portions of the adobe complex were eventually incorporated into Iverson Village when it was built in 1944, but in reality there's virtually no overlap between the two large sets. The adobe complex was just to the west of where the town would be built. 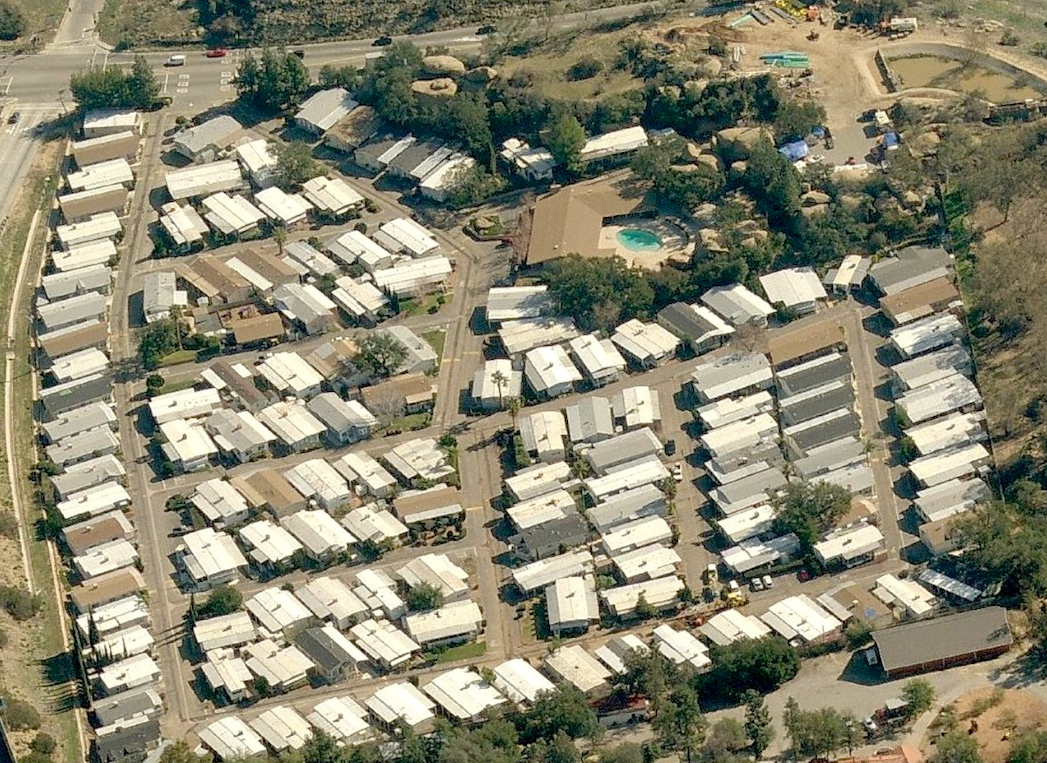 Sheep Flats, where both the adobe complex and Iverson Village stood at various times during the filming era, is home today to the Indian Hills Mobile Home Village, seen above.
Posted by Swami Nano at 6:51 PM