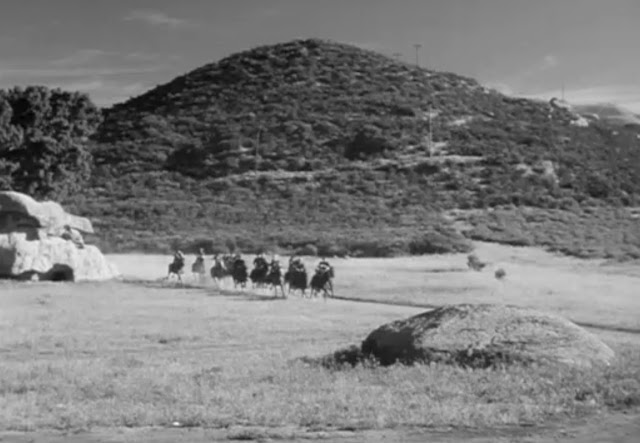 Here's a nice shot from one of the best Iverson movies, the 1940 Three Mesquiteers installment Rocky Mountain Rangers, from Republic Pictures. It's directed by George Sherman, with cinematography by Jack Marta — both men worked a lot at Iverson and contributed mightily to documenting its legacy through cinematic images. 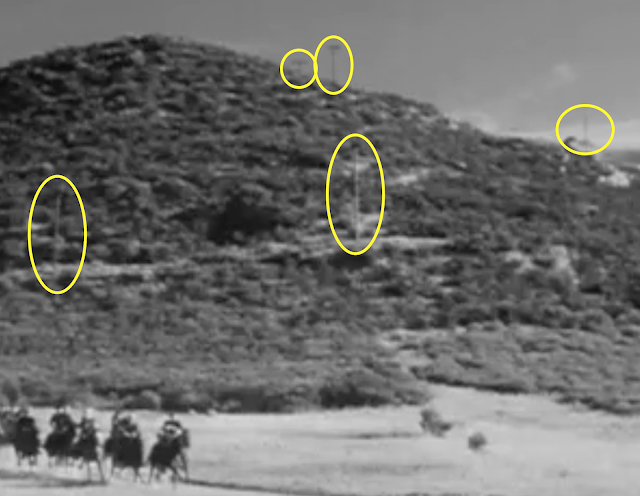 Zooming in on the utility poles

One thing I like about this shot is it reveals no fewer than five utility poles on and around Smooth Hill, all the way back in 1940. That means they were in place for the bulk of the B-Western shoots, including throughout the lifespan of the Iverson Movie Ranch Western street. Some of them can occasionally be seen as anachronisms in the background of Westerns, but rarely are they as easy to spot as they are here.


Above is a link to the "Saturday Matinee Double Feature" DVD, which includes the great Iverson movie "Rocky Mountain Rangers" along with the non-Iverson Buck Jones/Tim McCoy Rough Riders movie "Arizona Bound."

Click here for a post that explains what happened to Smooth Hill and also shows what it looked like in the background of the Iverson Movie Ranch Western street. 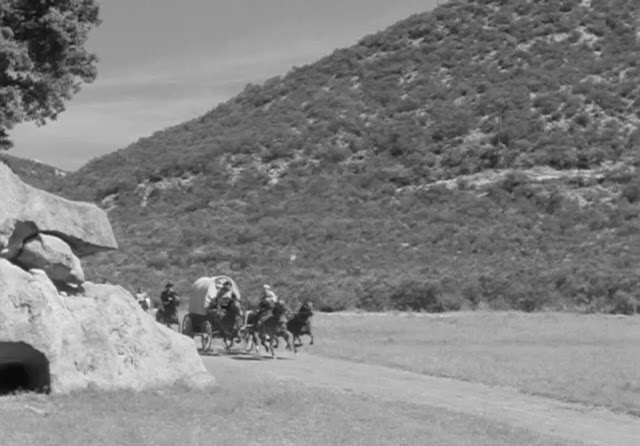 Another shot from Rocky Mountain Rangers, from approximately the same angle, gives a better look at Center Rock, the light-colored clump of rocks at the left of the shot. Center Rock was in the middle of Sheep Flats, where Iverson's Western town was built a few years later. This cluster of rocks was noteworthy for a number of things, including its isolated location, its protruding ledge and the odd little arch at its base. Somewhat miraculously, Center Rock survived, even as a mobile home park — the Indian Hills Mobile Home Village — was built around it. 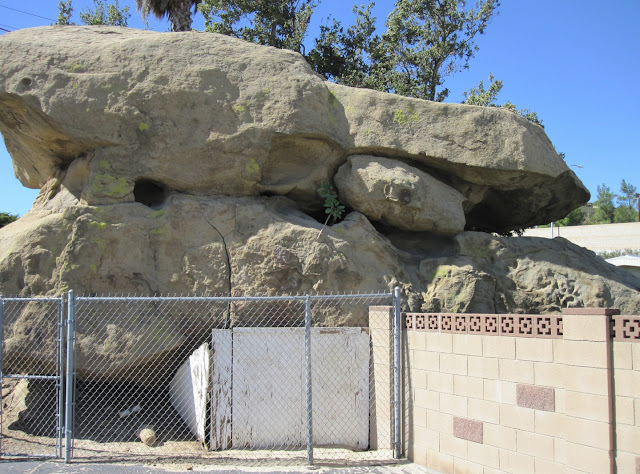 Center Rock in its current predicament

Today Center Rock's setting isn't nearly as grand, as it's been stuffed behind fences and barriers and is essentially part of a maintenance facility at the park. I've been especially frustrated by that white plywood, which not only is a bit of an eyesore but also conceals the rock's trademark arch. Here's a shot of Center Rock in the 1948 Republic serial G-Men Never Forget, showing pretty much the same angle as the contemporary shot above. Looks like the arch would be just about big enough to hide a motorcycle. 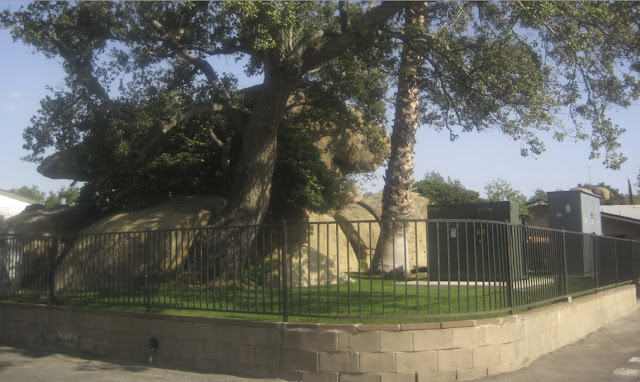 Here's what Center Rock looks like today from the other side. The rock was rarely filmed from this side.
Posted by Swami Nano at 11:12 AM