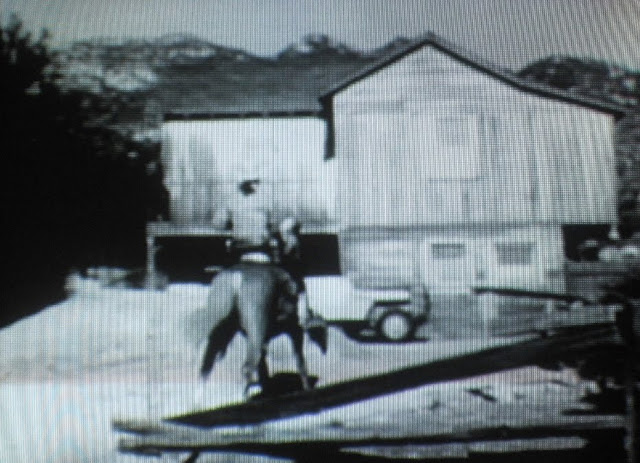 One of the many structures that came and went at Iverson during the filming era, the Saddlehorn Relay Station is a favorite of researchers, probably in part because it is a fairly complicated structure and in part because it has been a challenge to pin down details about it such as where it was located and when it existed. An early theory suggested that the building was relocated around 1946 or 1947, when it would have been moved a bit farther to the west, but later research indicates that it was probably in one spot all along. The above shot of the building comes from the "Backfire" episode of "The Roy Rogers Show," which originally aired Oct. 10, 1954. 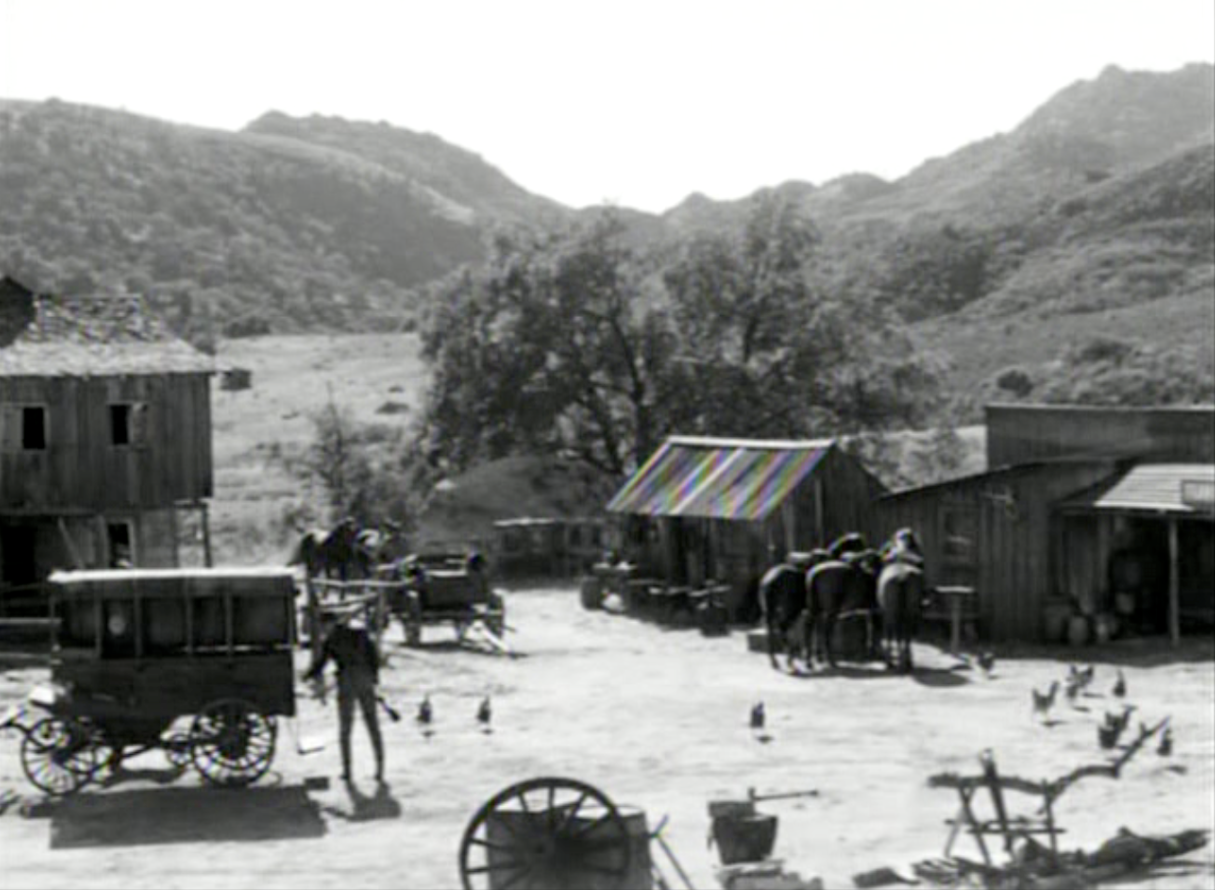 This screen shot from the Victor Mature movie "Escort West" shows the Saddlehorn Relay Station at the left, and a number of other buildings that first surfaced around this time, in the right half of the photo. "Escort West," which filmed in 1958 for an early 1959 release, was made near the end of the main filming period at Iverson, and a number of unusual buildings crop up in some of the later productions that didn't end up being around for long. But it appears the small cluster of buildings seen here, sometimes called Saddlehorn Village, lasted through the 1960s. 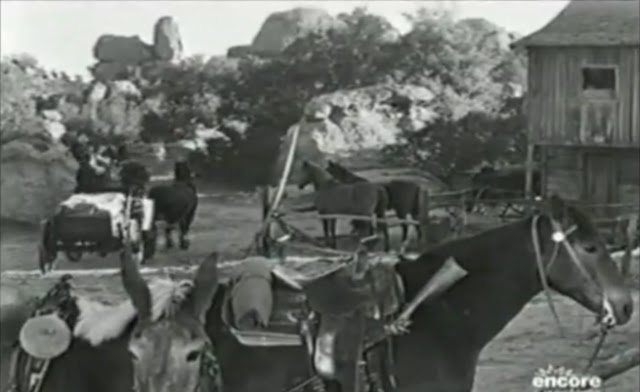 Here's another shot of the relay station, at right, taken from "Escort West." This one shows Garden of the Gods in the background, with Indian Head and Eagle Beak or Sphinx visible at the top of the photo on the left half. 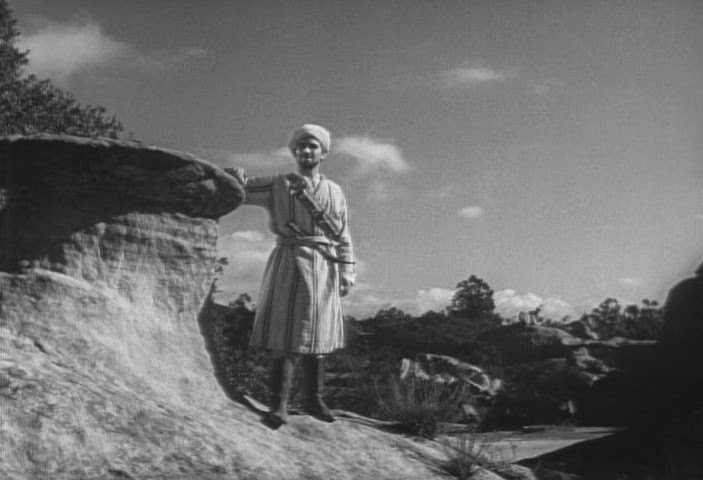