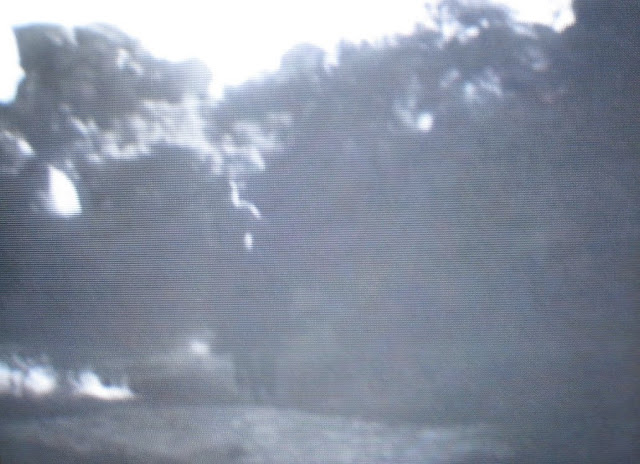 " shows Turtle Rock, one of the Iverson Movie Ranch's main landmarks. Turtle Rock appears in the top left corner of the photo. 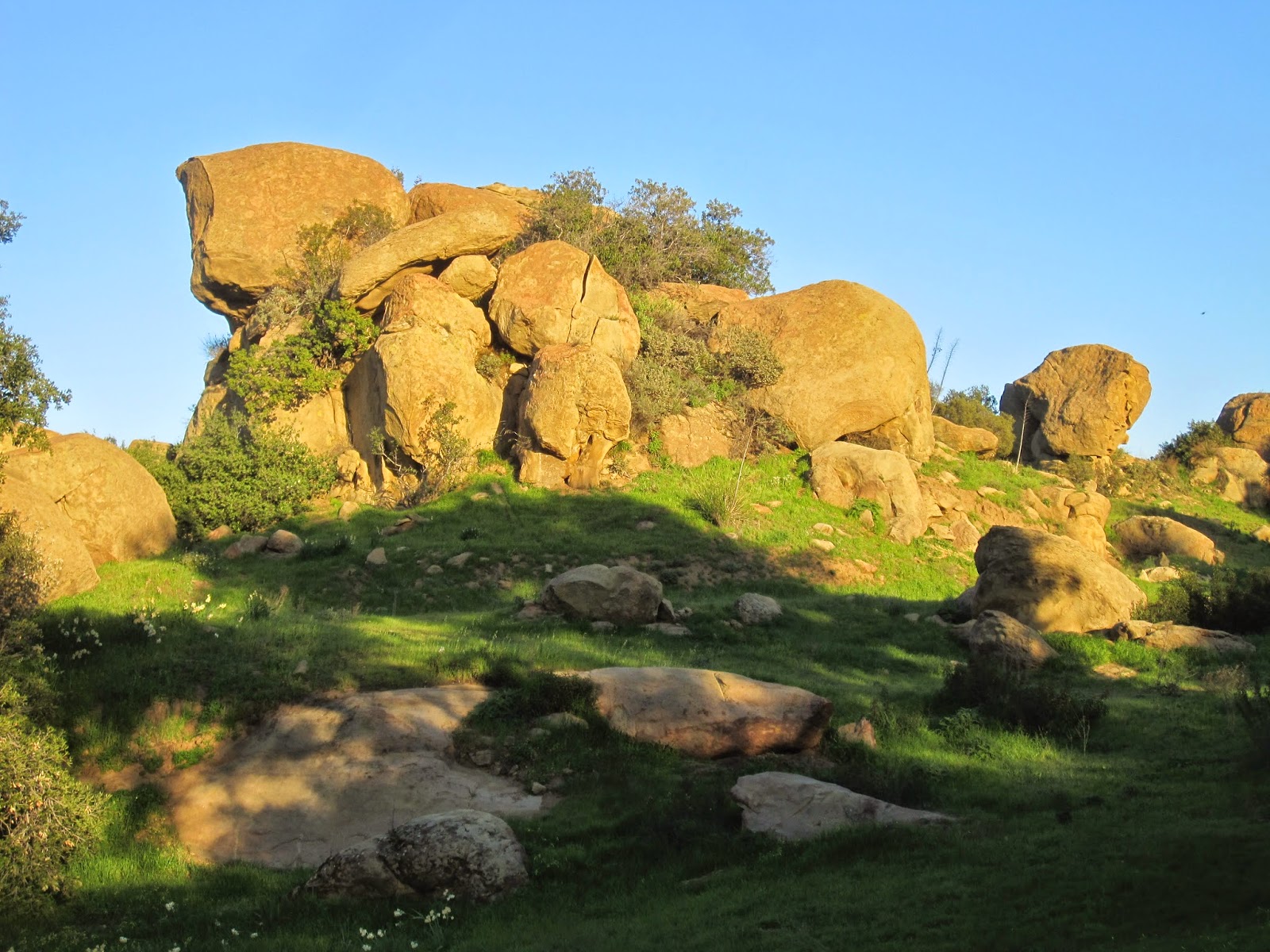 Here's a shot of Turtle Rock in its contemporary setting, part of the scenic South Rim area of the former Upper Iverson. 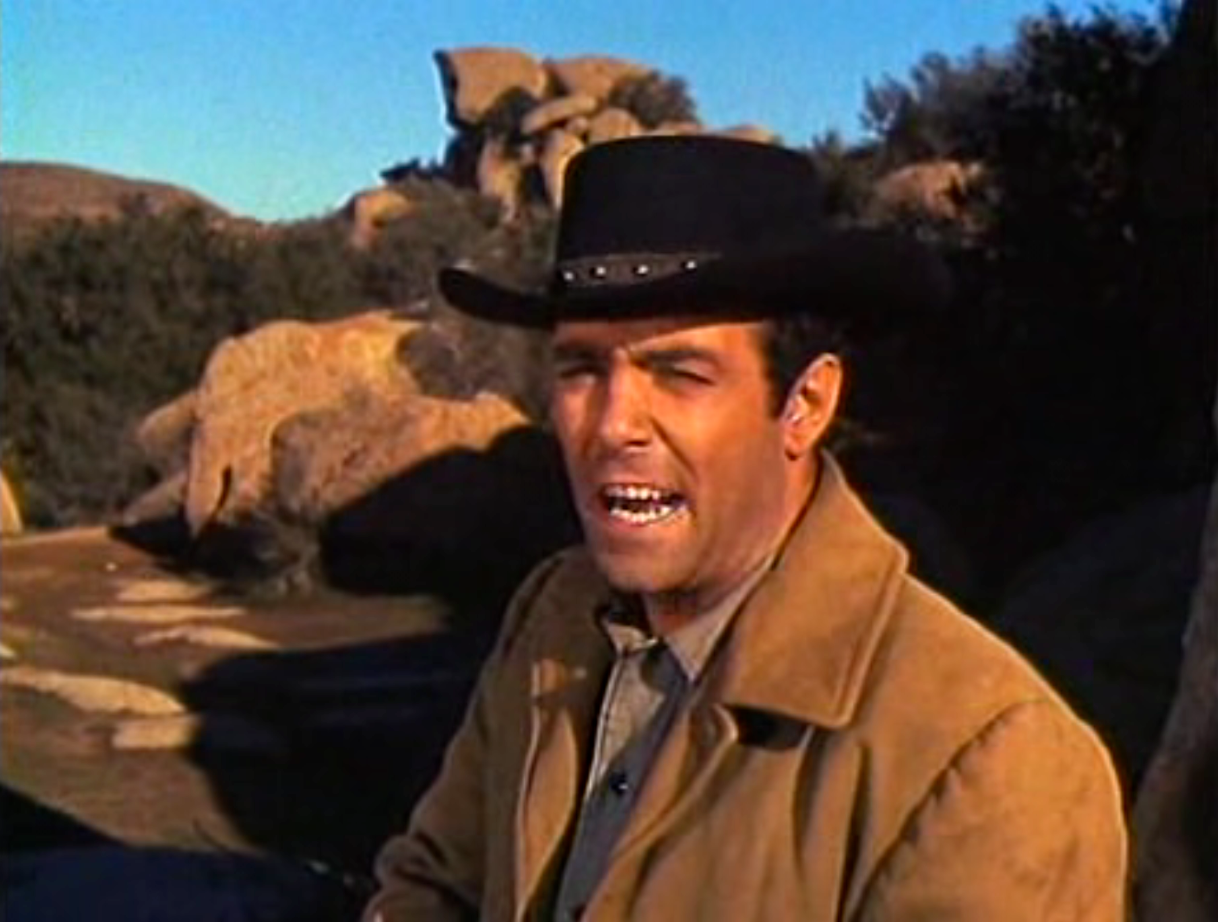 Here's a shot of Turtle Rock, in the background at top center, sharing the screen with Pernell Roberts in the "Bonanza" episode "The Last Trophy," which premiered March 26, 1960. 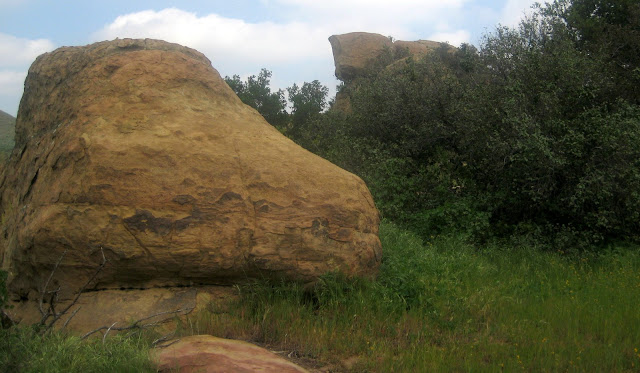 Turtle Rock in recent times — the smaller rock in the background

Another modern-day shot of Turtle Rock, seen near the top of the photo, in the center. (Not the large rock in the foreground.) 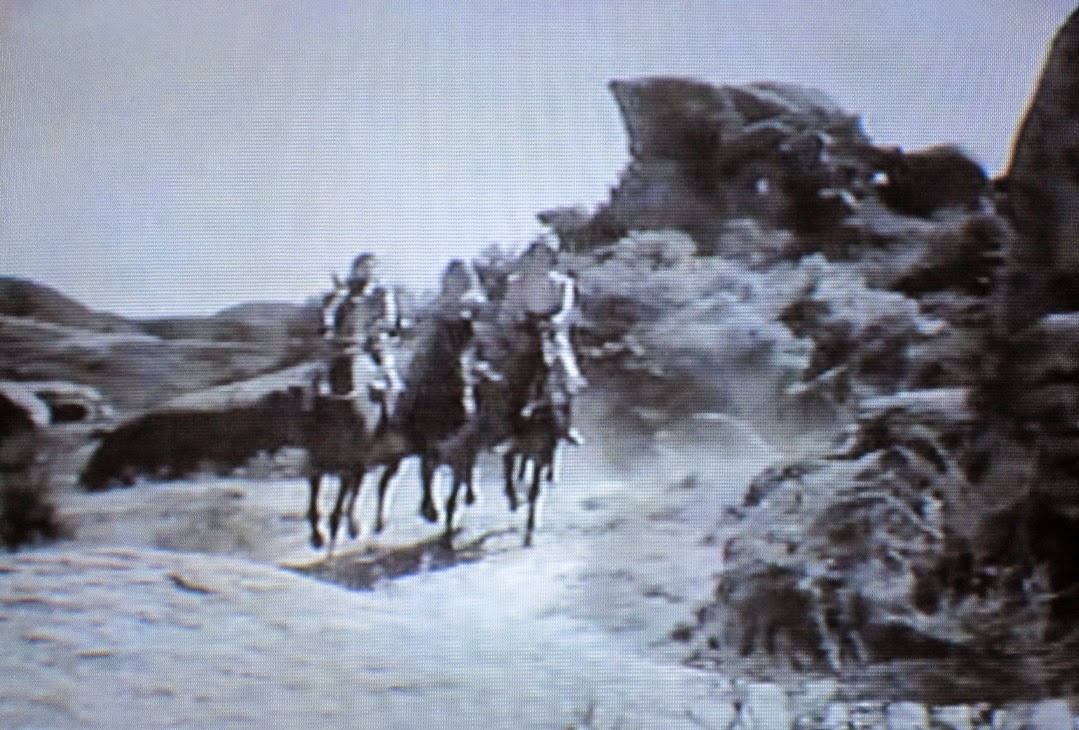 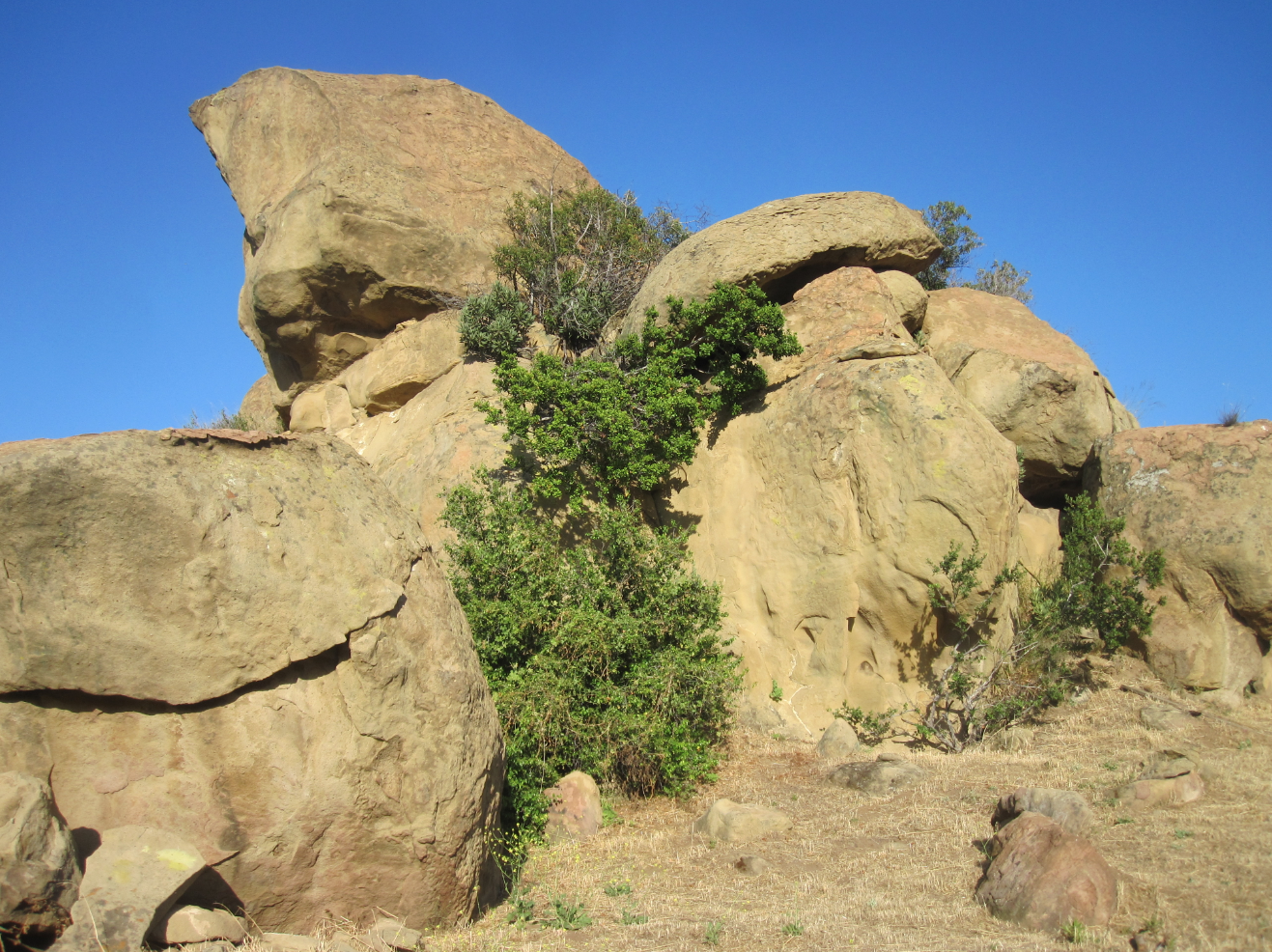 As I searched for Wrench Rock in fall 2008 (I was calling it Bobby at the time, not knowing any better), it was when I happened to look up and spotted Turtle Rock directly above me that I knew I was getting close. A few minutes later I found Wrench Rock. 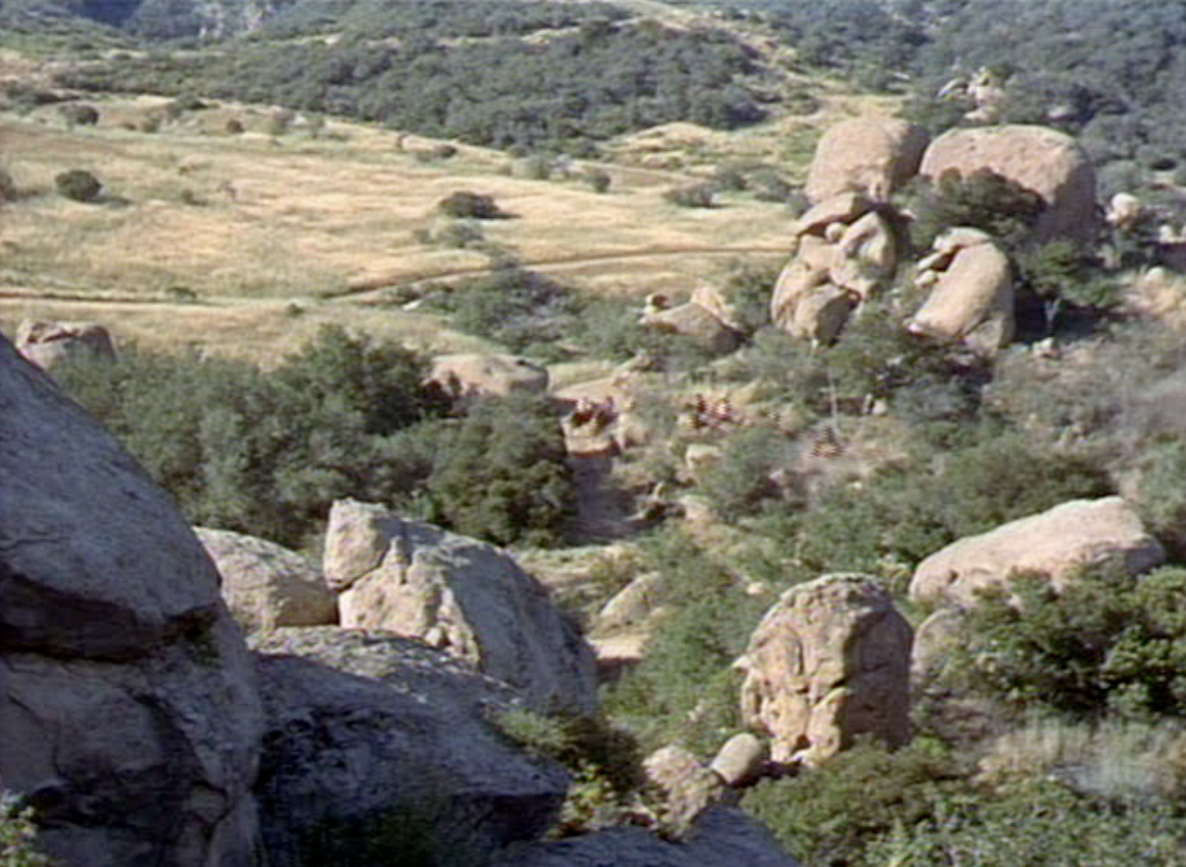 Chase sequences were the Upper Iverson's bread and butter, and they were typically filmed from the north side of the chase road, shooting toward the south. The action often moved east to west, with a series of towers and other features along the South Rim turning up repeatedly as markers. Among the key "towers" moving east to west were Turtle Rock, followed by Eagle Beak Rock, then Prominent Rock (sometimes called Medicine Rock) and finally Cap Rock (sometimes called Hunchback). 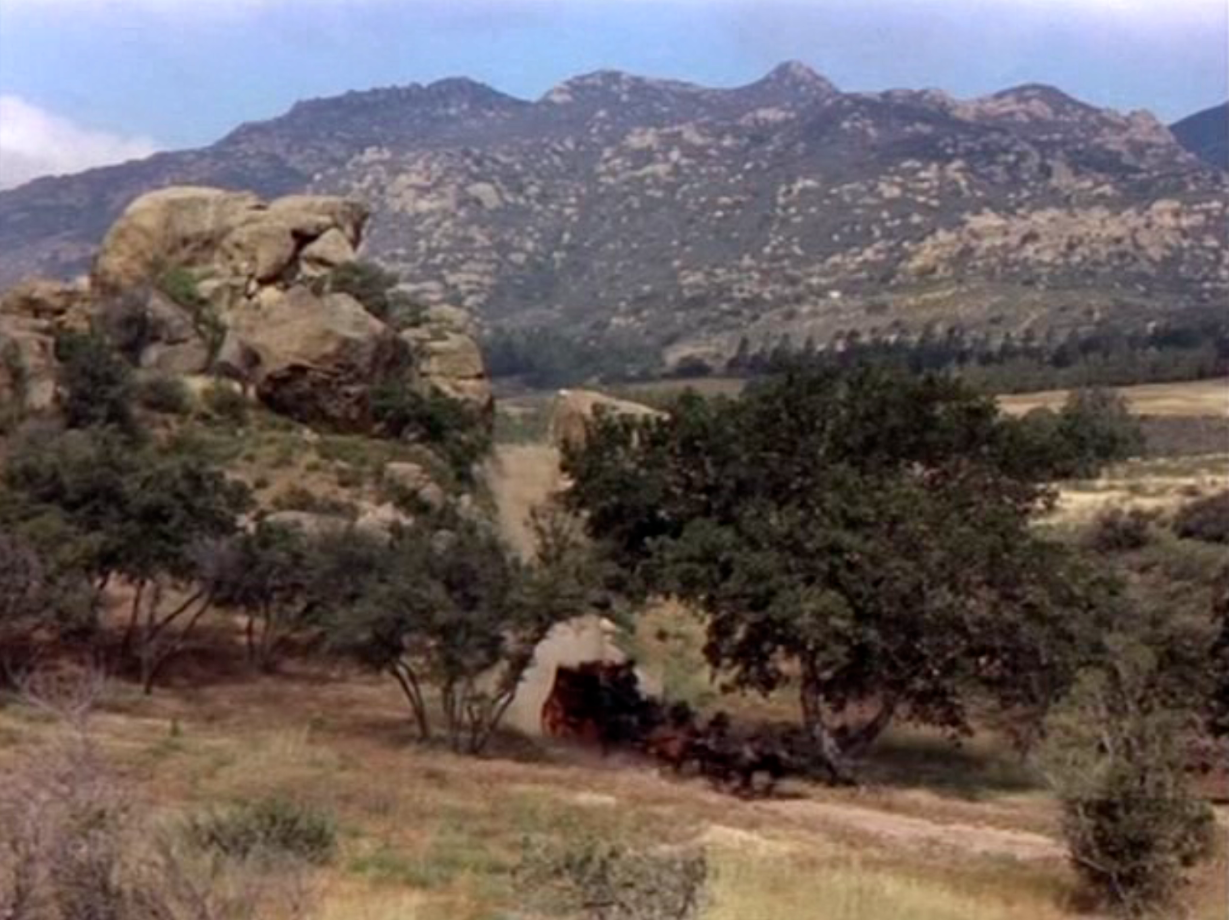 Name confusion is unavoidable at Iverson, as a number of rocks have multiple names, while multiple rocks tend to have the same names or similar names. For example, Eagle Beak Rock, on the Upper Iverson, and Eagle Beak, on the Lower Iverson — also known as Sphinx Rock or simply Sphinx — are two different rocks. An entry addressing one of the biggest sources of name confusion, Indian Head, can be found here. 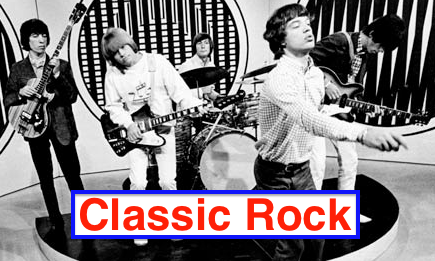