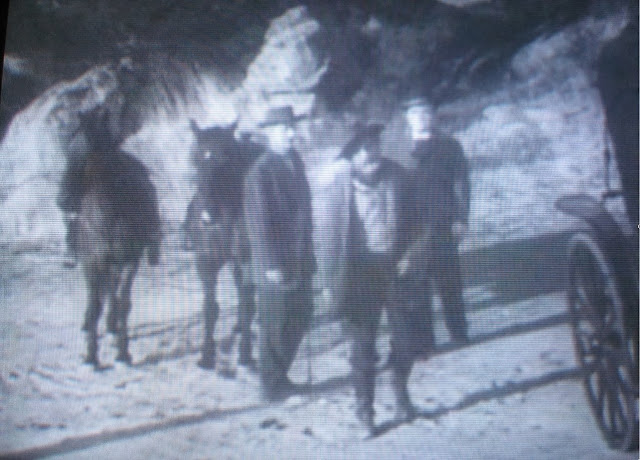 This shot from the movie "The Naked Hills

" (1956) is a personal favorite, falling squarely under the heading of tricks of light and imagination. It depicts not one but two mysterious rock characters who probably are figments of accidental movie magic and whose appearance here probably bears little resemblance to whatever they might look like in real life. I've never been able to locate them, and it may turn out that the scene wasn't shot at Iverson Ranch. The movie includes some fantastic footage of Iverson, but it also shot at Corriganville, an interesting place in its own right. Regardless, these characters deserve any recognition they can get. 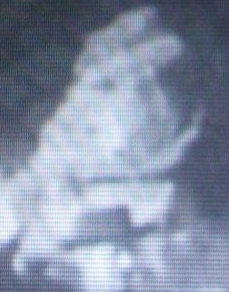 Captain Hornblower is the easier of the two figures to make out, and by far the more colorful — the triangular, light-colored rock at the top center of the photo with the wild mustache that seems to be blowing in the breeze. 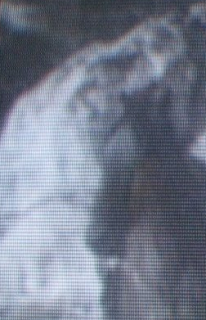 White Fang is the wolf's-head figure at the left of the photo, directly behind the horse on the left.