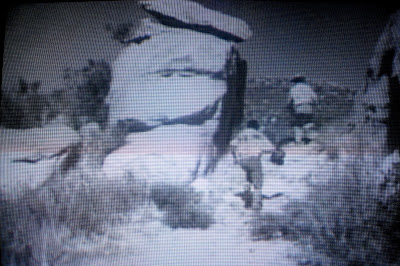 Then-and-now shots of the Jaunty Sailor, as it came to be known because of its appearance in "The Naked Hills," with its beret tilted "just so." It was a real treat to discover where this rock was located on the former Iverson Movie Ranch in Chatsworth, Calif., partly because it's just such a character but also because it turned out to be the back end of a prominent and widely filmed rock known as GTR.

Like many other formations at the site, it has completely different personalities when viewed from different angles; the more familiar frontal view of GTR is much more sedate than its flamboyant backside. 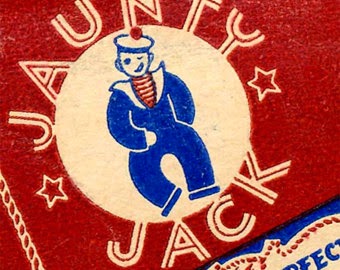 The "Jaunty Sailor" name is a reference to images along the lines of this one — although in my mind's eye I pictured something more like those thick blue and white horizontal stripes for the shirt, like guys supposedly wore on the old pirate vessels. 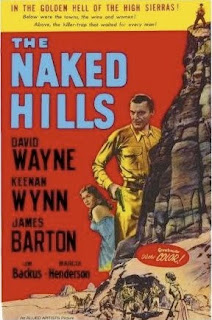 Jaunty Sailor also had an interesting role in a 1951 TV production called Hill Number One, where the rock formed part of the tomb of Jesus. That production is also noteworthy as the first screen appearance of James Dean. Click here to see a blog entry about it.