One of Republic Pictures' best and most prolific B-Western and serial shooters, John MacBurnie spent his brief but productive film career (1940-1953) with the studio before making a successful transition to television. 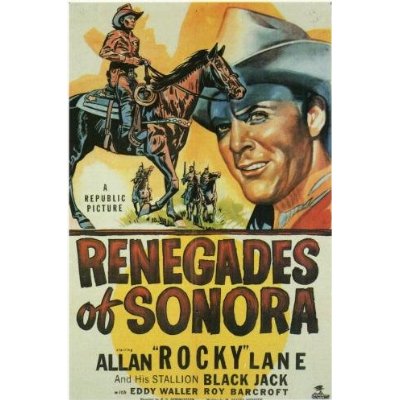 After polishing his skills on Republic’s low-profile Don “Red” Barry movies in the early 1940s, he moved on to the company’s serials and a wide variety of features. He eventually became a go-to shooter for higher-profile B-Westerns, making his mark in particular with the Allan “Rocky” Lane series. By the late 1940s he was shooting about 20 movies a year and working with Republic’s top Western stars, including Roy Rogers and Monte Hale as well as Rocky Lane, whom he continued to shoot from 1947 through the end of MacBurnie’s tenure at Republic — coinciding with the end of the Rocky Lane series — in 1953. 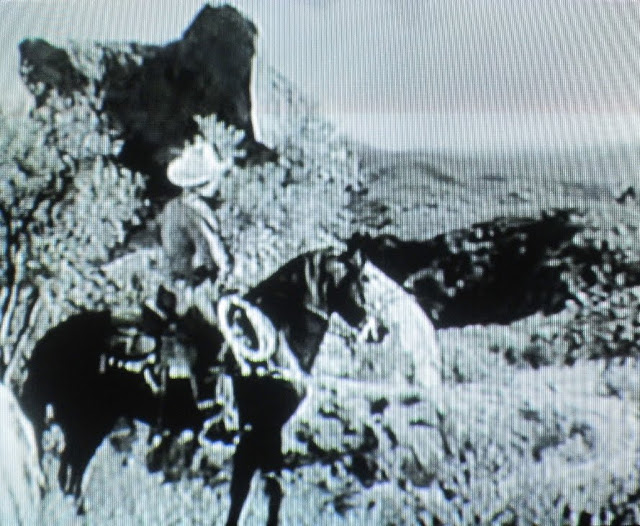 In Marshal of Amarillo, filmed by John MacBurnie, Allan "Rocky" Lane keeps an eye on the bad guys from an unusual vantage point — behind the rock known as World of Outlaws, in the North Rim. While most Upper Iverson filming was focused on the South Rim, Republic's Rocky Lane series shot extensively along the ranch's northern boundary.

Like Ernest Miller, his Republic stablemate for much of their careers, MacBurnie’s camera work displayed the Iverson rocks in ways that reveal he had a fondness for them. His thoughtful showcasing of the movie ranch’s many dramatic rock features can be seen in Iverson masterpieces such as Call of the Rockies

(1948), Marshal of Amarillo (1948) and Desperadoes’ Outpost (1952) as well as landmark Iverson serials Adventures of Frank and Jesse James 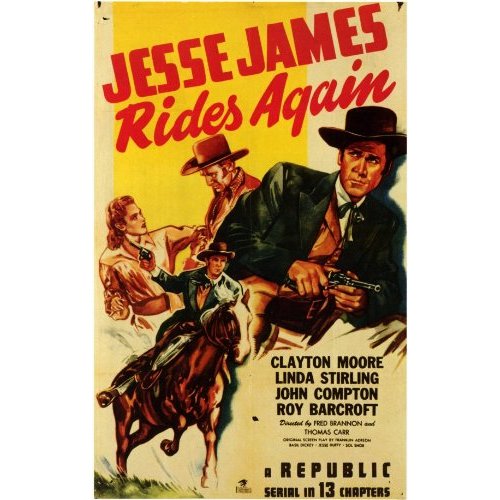 Even in El Paso Stampede (1953), the last movie in the Rocky Lane series, it appears that MacBurnie continued to work to set up interesting angles for whatever original footage was still being shot at Iverson. For one sequence in the film he went to the trouble to set up his camera in a rarely used elevated area on the backside of Water Tank Hill, above the Cliff on the South Rim of the Upper Iverson — and this was at a time when the filmmakers were relying heavily on recycled footage, shooting at the studio whenever possible and writing scripts based mainly on continuity while making the most of existing material.

During the early 1950s MacBurnie focused his lens on the company’s new star, popular singing cowboy Rex Allen. With Republic scaling back its operations at this time and opportunities opening up in television, MacBurnie made the leap to the new medium and worked steadily for the next few years. He died in 1956 at age 63.

John MacBurnie was my great uncle. He and my grandfather were raised in an orphanage in the early 1900s in Massachusetts. They lost touch with each other in the early 20s, but were reunited after 36 years when my father saw a movie, California Passage in 1951 and saw John MacBurnie as Director of Photography. My mom and dad traveled from NYC to Hollywood to meet their long lost family, meeting some movie stars. I have a sterling silver belt from Gene Autry. Wish I had a picture of him though, my uncle, not Gene.

Your great-uncle truly was one of the top cinematographers in B-Westerns. I continue to find real gems in his filmography. There are probably at least 15 Rocky Lane movies alone that he shot that could be included in a list of the greatest Iverson Movie Ranch showpieces.

As a group, the cinematographers who created those amazing pictures that formed our image of the American West are largely unappreciated. I want to do anything I can to shine a spotlight on them.

If you know of anyone who might have memorabilia, insights or stories about John MacBurnie — any other family members or heirs — I would love to be put in touch.

Please email me anytime, even just to say hi.

My email address is: