The career of Milford Anderson, also known as M.A. Anderson, was brief, essentially spanning about nine years. He kept busy while he was at it, and wound up listed as cinematographer on 102 movies — but almost none of those were typical Iverson fare. And so the record of his work at Iverson is limited to a few brilliant productions shot late in his career. 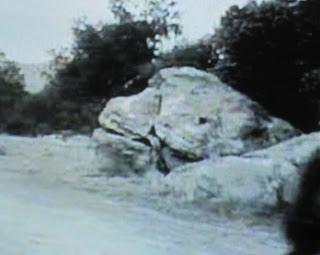 An unusual shot of Diplodocus on the Upper Iverson, filmed by
Milford Anderson for the 1947 Eddie Dean movie West to Glory.

He got started in 1928, just in time to shoot some silents, and then worked fairly steadily through 1936. He was essentially done by the end of that year, and would miss the heyday of the B-Western — other than one shining moment that still lay ahead of him.

He took a year off in 1937, leading us to think he may have had health problems. He did a few movies in 1938, then disappeared from the radar for the next eight years. Maybe he just found something better to do. 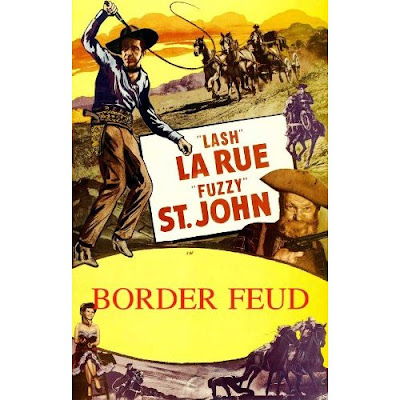 Whatever the case, Anderson made a brilliant if short-lived comeback after World War II, shooting five movies from 1946 to 1949. It was during this last stretch that he shot all of his known Iverson footage, notably the rock masterpiece Border Feud

, a 1947 Lash LaRue feature for PRC. He also filmed one Eddie Dean oater for PRC, West to Glory (1947), and one Durango Kid installment for Columbia, Whirlwind Raiders (1948). All three of those projects had him filming at Iverson.